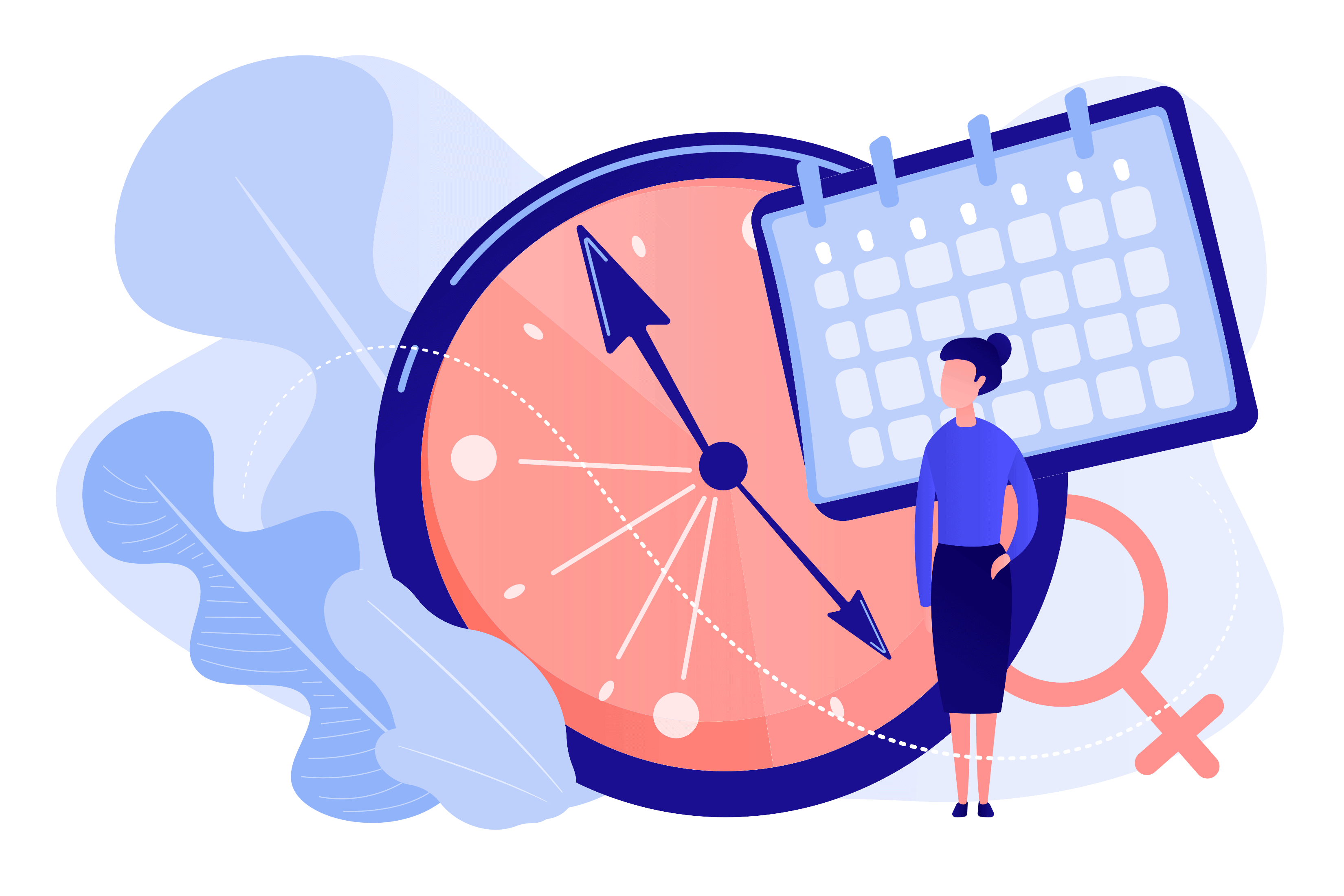 According to new preliminary research, women who experience early menopause are more likely to develop dementia later in life. For women nearing the menopause transition, this has raised the question of whether or not early menopause can cause dementia.

In this article, we will discuss the relationship between early menopause and dementia risk, the role of estrogen, and what this means for women who enter menopause early.

Does Early Menopause Cause Dementia?

According to preliminary research from a large UK cohort study published in April of 2022, early menopause is linked to an increased risk of presenile (early-onset) dementia before age 65. The study used cohort data from UK Biobank to include a total of 153,291 postmenopausal women. Age at menopause was categorized as:

*Note: The average age of menopause onset for women in the U.S. is 51.

The researchers concluded that women with early menopause should be closely monitored for cognitive decline in clinical practice. This large study supported previous findings from other studies assessing the association between reproductive period and risk of dementia, such as this diverse cohort study of health care members. This study which analyzed 15,754 women found that:

Does Estrogen Play a Role?

During the menopause transition, production of the female sex hormone, estrogen, drops significantly. While most women typically enter menopause in their early 50s, many women enter menopause earlier, whether naturally, due to hysterectomy, or due to a medical condition.

Researchers currently believe that lower estrogen levels may be a factor involved in the increased dementia risk associated with early menopause. While the exact mechanism linking the two is not yet known, several mechanisms have been proposed:

Many women are curious if hormone therapy can help combat the increased dementia risk for those who enter menopause early. Several observational studies have reported a protective effect of hormone therapy on dementia risk. However, more recently, a Women’s Health Initiative study showed that taking estrogen and progestin after menopause may increase women’s risk for heart disease, stroke, blood clots, urinary incontinence, and breast cancer.

What Does This Mean for Women Who Enter Menopause Early?

Research linking early menopause to increased dementia risk has understandably left many women uneasy. It is important to understand that early menopause does not necessarily cause dementia—not all women who enter menopause early will go on to develop dementia later in life. There are also several well-established Alzheimer’s and dementia prevention strategies that women who enter early menopause can implement that may reduce their risk. Many of these prevention techniques include quitting smoking, controlling alcohol consumption, eating a heart-healthy diet, exercising daily, getting sufficient sleep, minimizing stress, and engaging mentally and socially.

For women who enter menopause early or for anyone at a higher risk of developing dementia, it is crucial to monitor brain health early and frequently. Like many other diseases and disorders, early intervention and early treatment of Alzheimer’s and other causes of dementia is believed to offer the best chance of therapeutic success and produce better health outcomes.

This method, along with our innovative artificial intelligence, will pioneer fully digital predictive neurological disease diagnosis. Recently receiving Breakthrough Device designation by the FDA, Altoida's platform has demonstrated ability to predict conversion from Mild Cognitive Impairment to Alzheimer's disease with a high degree of accuracy.

To learn more about if there is a test for Parkinson’s disease or about utilizing Altoida’s Precision Neurology platform, contact us today.