Taking a Look at Tau-Targeting Therapies for Alzheimer’s Disease 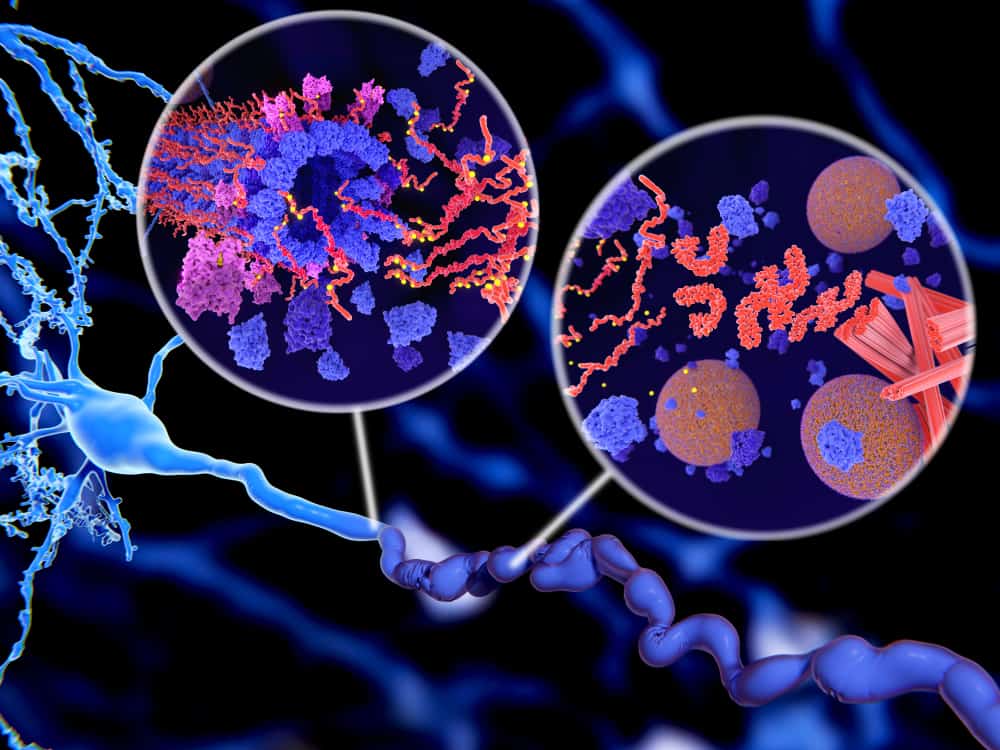 Neuropathological hallmarks of Alzheimer’s disease consist of positive lesions that include tau hyperphosphorylation and neurofibrillary tangles, beta-amyloid plaques, cerebral amyloid angiopathy, and glial responses, and negative lesions that include neuronal and synaptic loss. Most commonly, Alzheimer’s disease is characterized by beta-amyloid plaques and neurofibrillary tangles resulting from abnormal tau hyperphosphorylation.

Similar to how Aducanumab (Aduhelm) aims to target and reduce beta-amyloid plaques in the brain, future treatments may include tau-targeting therapies for Alzheimer’s disease.

Tau, a microtubule-associated protein, is normally located on the axon and plays an important role in the brain. Tau physiologically facilitates axonal transport by binding and stabilizing microtubules that help guide nutrients and molecules from the cell body to the axon and dendrites. Microtubules provide structural stability as well as a physical scaffold for transporting vesicles, mitochondria, and chemicals to the synaptic junction.

In those who develop Alzheimer’s disease, tau becomes altered and accumulates, forming neurofibrillary tangles within nerve cells up to 15 years before symptom onset. This alteration involves the translocation of tau to some somatodendritic compartments and the hyperphosphorylation, misfolding, and aggregation of tau. Neurofibrillary tangles are intraneuronal aggregates of this hyperphosphorylated, misfolded tau and block the neuron’s transport system, harming the synaptic communication between neurons.

Tau is a newly understood component in the pathophysiological biomarker landscape, and potential concepts for tau-targeting therapies for Alzheimer’s are still being researched to inform future drug and therapy discoveries.

It is believed that tau pathology better correlates with the decline of neurocognitive impairments that occur in Alzheimer’s disease compared to beta-amyloid lesions. The pattern of tau aggregation in the brain appears to mirror the progressive loss of function in brain regions observed in those with Alzheimer’s. This suggests that once the clinical onset of symptoms is evident, tau-targeting therapies for Alzheimer’s disease may be more effective than those that aim to clear or reduce beta-amyloid plaques.

Currently, the abnormal hyperphosphorylation of tau is the most compelling cause of the dysfunctional, toxic tau that ultimately results in progressive neurodegeneration. Potential approaches to blocking tau-mediated toxicity include the following:

The Role of Tau in the Detection of Alzheimer’s Disease

While the discovery of tau pathologies and growing understanding of their significance to the disease provides new and promising avenues for potential tau-targeting therapies for Alzheimer’s disease, they are challenging to use to detect Alzheimer’s. Similar to beta-amyloid plaques, tau can be detected with tau positron emission tomography brain imaging technology and can serve as a biomarker in cerebrospinal fluid analyses. However, they do not assess the impact of Alzheimer’s disease on an individual's ability to complete complex Activities of Daily Living (ADLs), meaning they are not ecologically valid. Furthermore, such diagnostic tools lack cost efficiency.

Regardless of the pathology present in someone with Alzheimer’s, their ability to complete ADLs will be impacted. Understanding at a highly granular level how an individual’s ADLs are changing is perhaps the most compelling method for Alzheimer’s disease diagnostics and monitoring.