Is Alzheimer’s The Most Common Form of Dementia? 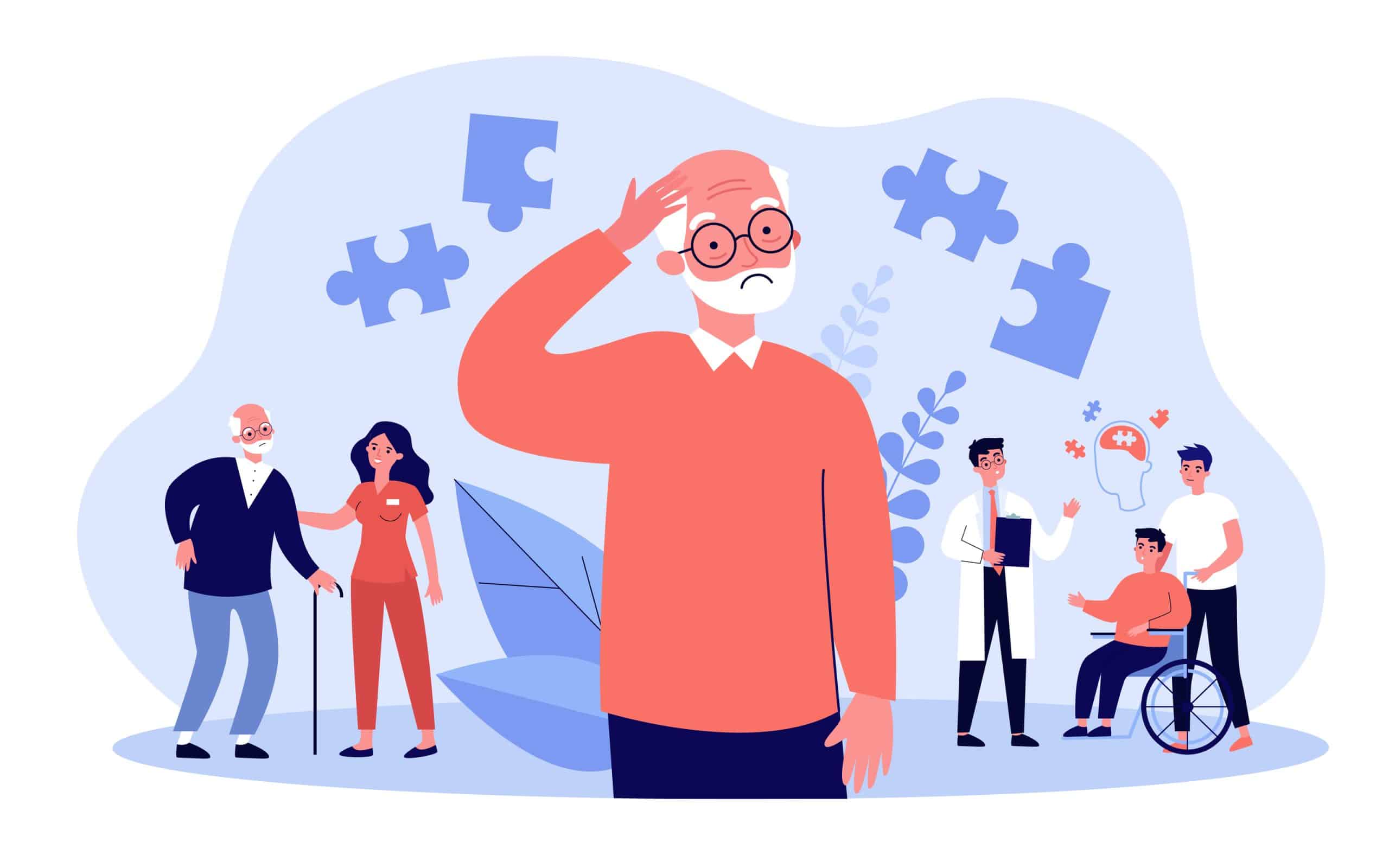 Alzheimer’s is characterized by a gradual decline in neurocognitive function, meaning there is a decline in both cognitive and functional aspects of brain health. Earlier stages of the disease may be more biased towards cognitive impairment with small magnitudes of functional impairment. In the later stages of the disease, both cognitive and functional impairments are typically present and can significantly impact an individual’s ability to complete ADLs. According to researchers, Alzheimer’s disease is not caused by a single factor, but rather develops from multiple factors, including genetics, lifestyle, and environment.

Neuropathological hallmarks, or neuropathological changes that occur within the brain of an individual with Alzheimer’s disease, include beta-amyloid plaques, tau hyperphosphorylation, neurofibrillary tangles, and neuronal and synaptic loss.

Below, we detail the clinical and pathological aspects of common forms of dementia and how to improve the assessment and monitoring of dementia patients through the simulation of ADLs.

Vascular dementia is the second most common type of dementia and is caused by conditions that reduce blood flow to the brain, such as brain hemorrhages and strokes. Insufficient blood flow can cause damage to brain cells, eventually killing them. However, brain changes linked to vascular dementia can also be caused by any condition that causes damage to blood vessels anywhere in the body. Individuals with vascular dementia experience a decline in thinking, memory, judgment, reasoning, planning, and other cognitive abilities.

Lewy body dementia, also referred to as dementia with Lewy bodies, is believed to be the third most common form of dementia, accounting for roughly 5-10% of dementia cases. Lewy body dementia is a progressive dementia and is clinically characterized by a decline in thinking, reasoning, and independent function. Individuals with Lewy body dementia may also experience visual hallucinations and changes in attention and alertness. Lewy bodies, which are protein deposits made of abnormal filaments composed of alpha-synuclein, develop in nerve cells within the regions of the brain responsible for memory, thinking, and motor control. While alpha-synuclein is found naturally in the brain, its function is not yet fully understood.

The overlap in symptoms between Lewy body dementia and Parkinson’s disease dementia suggests a link between the two diseases and their pathologies. The two diseases may be connected to the same underlying abnormalities in how the brain processes alpha-synuclein.

Huntington’s disease is a rare hereditary disease that causes progressive degeneration of nerve cells in the brain. Huntington’s causes changes in the central area of the brain, resulting in a broad range of cognitive and functional impairments. Functional impairments may include involuntary writhing movements, slow or abnormal eye movements, impaired posture, gait, balance, and difficulty speaking, while cognitive impairments may include difficulty organizing and prioritizing tasks, lack of flexibility and impulse control, changes in mood, difficulty learning new things, and a slow processing speed.

Huntington’s disease is caused by a single defective gene of chromosome 4. As this genetic defect is dominant, only one copy of the gene will cause an individual to develop Huntington’s.