The Link Between Smoking and Cognitive Decline 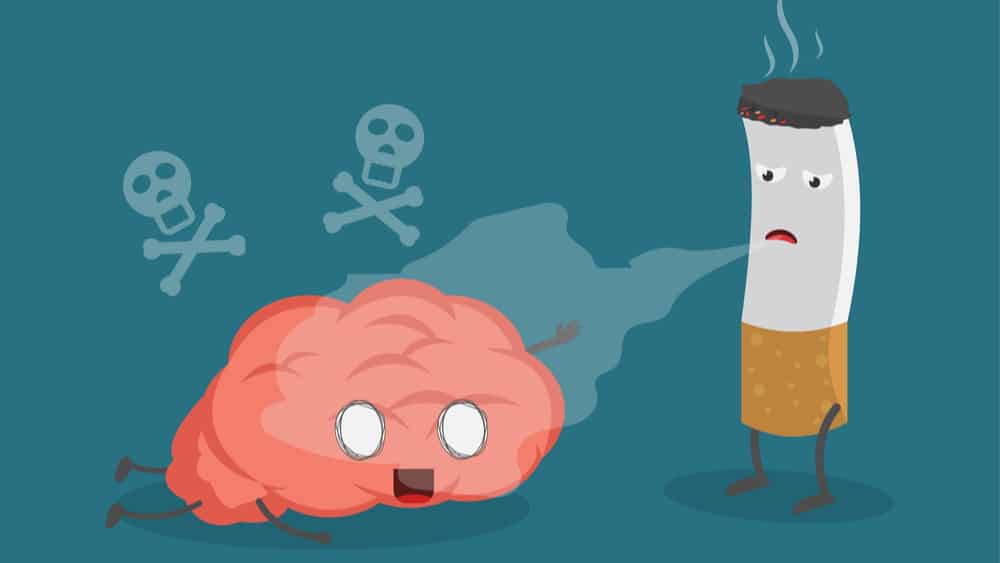 By now, you are likely aware of many of the well-established risks associated with smoking cigarettes, such as cancer, asthma, chronic obstructive pulmonary disease (COPD), diabetes, cardiovascular disease, and stroke. But did you know that research has discovered a link between smoking and cognitive decline?

Here is everything you need to know about smoking and cognitive decline, including a breakdown of the research and the best way to monitor brain health while controlling modifiable risk factors for dementia.

Smoking, Cognitive Decline, and Dementia Risk: A Breakdown of the Research

Together, this research suggests that there is indeed a relationship between smoking and cognitive decline, though it is not yet clear what role sex plays in this relationship.

Over the years, many studies have assessed the impact of smoking on the risk of developing dementia later in life. A review of 37 research studies assessing the association between smoking, dementia risk, and Alzheimer’s disease risk found that when compared to people who have never smoked, current smokers are 30% more likely to develop dementia and 40% more likely to develop Alzheimer’s disease, the leading cause of dementia. They also concluded that smoking cessation can reduce the risk of developing dementia.

To summarize all of the above research and make this a bit more digestible, here is what research currently suggests:

Why is Smoking Associated with Cognitive Decline and Dementia?

While there is a clear connection between smoking and cognitive decline, it is not fully clear why it is that smoking affects brain health. However, there are several theories on how smoking damages our brains and increases the risk of developing dementia, including the following:

The connection between smoking and cognitive decline has important implications for individuals who smoke. While smoking is a tough habit to quit, it is a modifiable risk factor for dementia. By taking appropriate steps to control risk factors and regularly monitoring brain health, patients can benefit from early intervention and better health outcomes. In the event a decline in brain function is detected, frequent and consistent monitoring of brain health provides early diagnosis and early treatment.