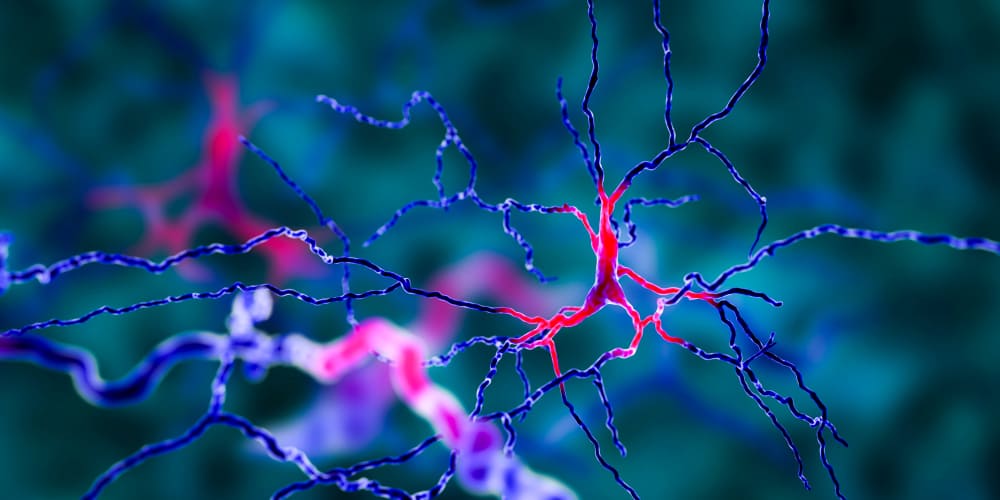 Neurodegenerative disease is an umbrella term for a range of progressive diseases and conditions that primarily affect neurons in the brain. Neurons, or nerve cells, are the fundamental units of the nervous system. Neurons do not divide, regenerate, or renew themselves, so if they are damaged or die, they are not replaced.

While some neurodegenerative diseases have genetic influences, many of the diseases are multifactorial, meaning they are not caused by a single factor but rather develop from a combination of several factors, such as genetics, environment, and lifestyle.

Research increasingly suggests that adopting a healthy lifestyle can help prevent neurodegenerative diseases. As new therapies and treatments emerge, the importance of understanding your risk and taking action is higher than ever.

Below, we discuss the top risk factors for neurodegenerative disease and the best way to monitor brain health while modifying risk factors.

While aging is the primary risk factor for most neurodegenerative diseases, such as Alzheimer’s disease and Parkinson’s disease, other risk factors include sex, poor lifestyle habits, vascular conditions, and newly identified risk factors such as hearing loss.

For example, studies indicate that the female sex is highly at risk for developing Alzheimer’s disease, with approximately two-thirds of Alzheimer’s patients being female. Females exhibit a faster rate of hippocampal atrophy and more neurofibrillary tangles as well as a higher rate of cognitive decline.

Poor lifestyle habits, such as insufficient exercise, an unhealthy diet, and alcohol and tobacco usage, are believed to contribute to the development of neurodegenerative diseases.

Nutrition appears to play a critical role in the pathogenesis, or the manner of disease development, and progression of neurodegenerative diseases. High-sugar, high-fat diets and high caloric intake influence the onset, severity, and duration of these diseases. In a study analyzing the impact of diet and nutrition on memory and cognitive impairment, data suggested that malnutrition and a low body mass index were associated with a higher development of dementia. Alcohol and tobacco addiction can also have an impact on neurodegenerative disease development.

Researchers are also investigating the relationship between brain function and the gut microbiome, or the community of bacteria, viruses, and other microbes in the gastrointestinal tract. Imbalances in the gut microbiome may contribute to the development of neurodegenerative diseases.

The risk of developing several types of dementia, such as vascular dementia and Alzheimer’s disease, is believed to be increased by several conditions that damage the heart and blood vessels. This concept is often referred to as the heart-brain connection and suggests that brain and heart health are closely linked. A healthy heart ensures that a sufficient amount of blood is pumped to the brain, while healthy blood vessels ensure the oxygen-rich blood reaches the brain.

Hearing loss is a rather surprising risk factor for neurodegenerative disease. In a study that tracked more than 600 adults for almost 12 years, researchers found that hearing loss correlated strongly with the development of dementia. Mild hearing loss doubled dementia risk, moderate hearing loss tripled the risk, and those with severe hearing impairment were five times more likely to develop dementia.

While the mechanism linking hearing loss to neurodegeneration is not yet clear, one contributing factor may be the social isolation that often accompanies those with hearing loss. Lack of social and mental engagement is connected with several neurobiological changes that correspond to faster cognitive decline.

While some risk factors for neurodegenerative disease, such as genetics and sex, are not modifiable, many can be altered through lifestyle modifications such as eating a heart-healthy, anti-inflammatory diet that limits sugar and saturated fat intake and encourages eating more unprocessed fiber-rich foods like fruits, vegetables, legumes, whole grains, nuts, and seeds as well as monounsaturated fats and omega-3 fats. Vascular conditions can also be managed by increasing physical activity, quitting smoking, managing stress, reducing alcohol consumption, and controlling cholesterol and blood pressure.

When taking steps to modify risk factors to improve brain health and prevent neurodegenerative disease, you will likely want to measure and quantify your overall health and brain health over time. This will help you understand how your changes are affecting your brain health.