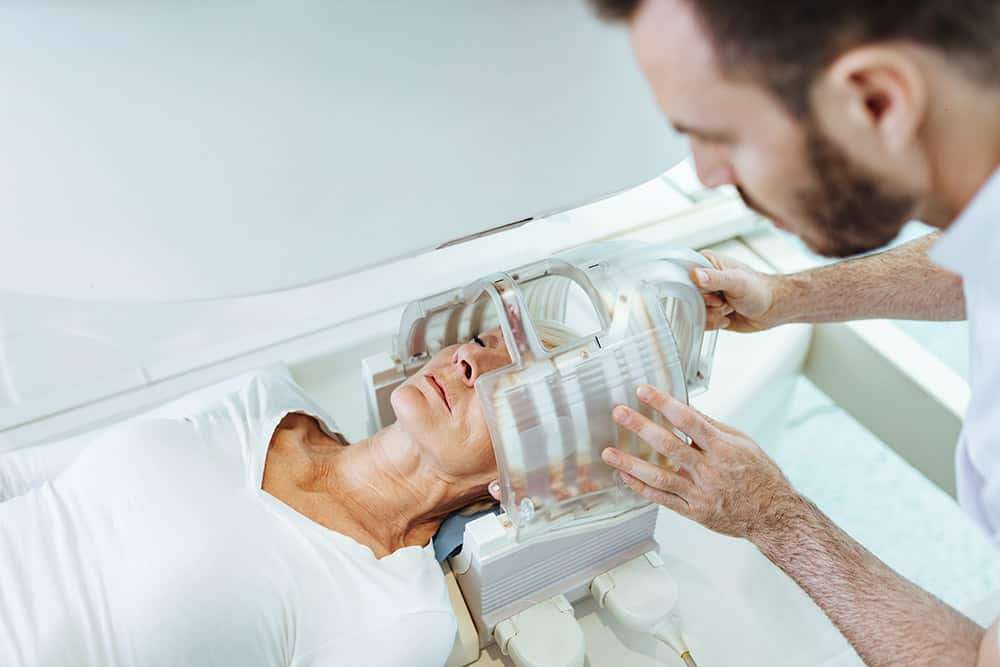 Alzheimer’s disease, the most common form of dementia, is a progressive condition that affects memory, thinking, and behavior. More than 50 million people worldwide are living with Alzheimer’s or other forms of dementia.

Alzheimer’s is clinically characterized by a gradual decline in cognitive function and neuropathological hallmarks, including the presence of neuropil threads, neurofibrillary tangles, amyloid plaques, abnormal tau accumulations, amyloid angiopathy, and neuronal and synaptic loss. While Alzheimer’s most commonly affects older adults, it can also impact individuals under the age of 65—this is known as early-onset, or younger-onset, Alzheimer’s disease. While there is currently no cure, there are several promising Alzheimer’s drugs being tested today, such as ADUHELM™, which is produced and distributed by Biogen Inc. and Eisai Co., Ltd. The present focus is on catching the disease early and slowing or impeding the onset of the symptoms.

It is important to test early for Alzheimer’s due to the degenerative nature of the disease. When caught early enough, ideally before the onset of any symptoms, there is a better chance that it can be delayed. There are many diagnostic tools available to test for Alzheimer’s, though many of these tests fail to provide very early detection. The challenge facing the Alzheimer’s community is finding an early-onset Alzheimer’s test that is:

Most examinations of patients who are experiencing symptoms of early-onset Alzheimer’s disease begin with a medical exam and medical history overview, followed by a neurological exam in an office setting. This includes tests that address the patient’s reflexes, speech, coordination, eye movement, and sensations. From here, several tests can be performed to better indicate whether or not the patient will develop Alzheimer’s disease.

An amyloid positron emission tomography (PET) scan can be used to detect signs of Alzheimer’s disease by utilizing radioactive tracers that highlight amyloid protein plaques within the brain. Extracellular plaque deposits of beta-amyloid peptides are a distinct pathology of Alzheimer’s. Beta-amyloid proteins originate from a larger protein found in the fatty membrane surrounding nerve cells and stick or clump together, eventually building up into a plaque.

Groups of smaller pieces of beta-amyloid may be more damaging than the plaques themselves, as they may block cell-to-cell signaling at synapses, activating immune system cells which devour disabled cells and cause inflammation. Amyloid PET scans have shown to have the ability to diagnose Alzheimer’s disease with 75% accuracy. In some cases, this method can detect Alzheimer’s disease before any symptoms are present, allowing the possibility of delaying the onset.

Magnetic resonance imaging (MRI) can be used to reveal the anatomical structure of the brain and rule out tumors, hemorrhages, hydrocephalus, and stroke, as these often present in a manner similar to Alzheimer’s. The primary role of an MRI is to assess volume loss in characteristic parts of the brain. More specifically, medial temporal lobe atrophy and parietal atrophy can be evaluated and used as a tool for diagnosis and progression monitoring. However, these volume losses cannot be seen in the early stages of this disease—in other words, an MRI may appear normal if performed in the early stages of Alzheimer's.

On the other hand, parietal atrophy can be scored and assessed to diagnose early-onset Alzheimer’s. This is done by examining the parieto-occipital sulcus and the posterior cingulate sulcus size, as well as the degree of atrophy of the precuneus and cortical surface of the parietal lobe. While MRI can diagnose Alzheimer’s disease with an accuracy of 69%, it does not provide early detection and requires continuous monitoring to assess changes.

A sample of cerebrospinal fluid (CSF) can be collected from the subarachnoid space in the spine via a lumbar puncture (an invasive outpatient procedure) and analyzed for biomarkers associated with Alzheimer’s. Biomarkers refer to something that can be measured to reliably and accurately indicate the presence of a disease. Biochemical changes in the brain are reflected in CSF, as it is in direct contact with the extracellular space of the brain.

While these early-onset Alzheimer’s tests have relatively high diagnostic accuracy, there are significant downsides. Amyloid PET scans, MRIs, and CSF tests are costly, are not continuous by nature, meaning they can't be used continuously outside the clinic, and fail to provide very early detection. These tests require significant time and resources and cannot be scaled to account for the current trajectory of the number of individuals affected by Alzheimer’s. However, there have been significant and immensely promising advancements in diagnostic tools for Alzheimer’s.