Understanding the Connection Between Circadian Rhythm and Alzheimer’s Disease 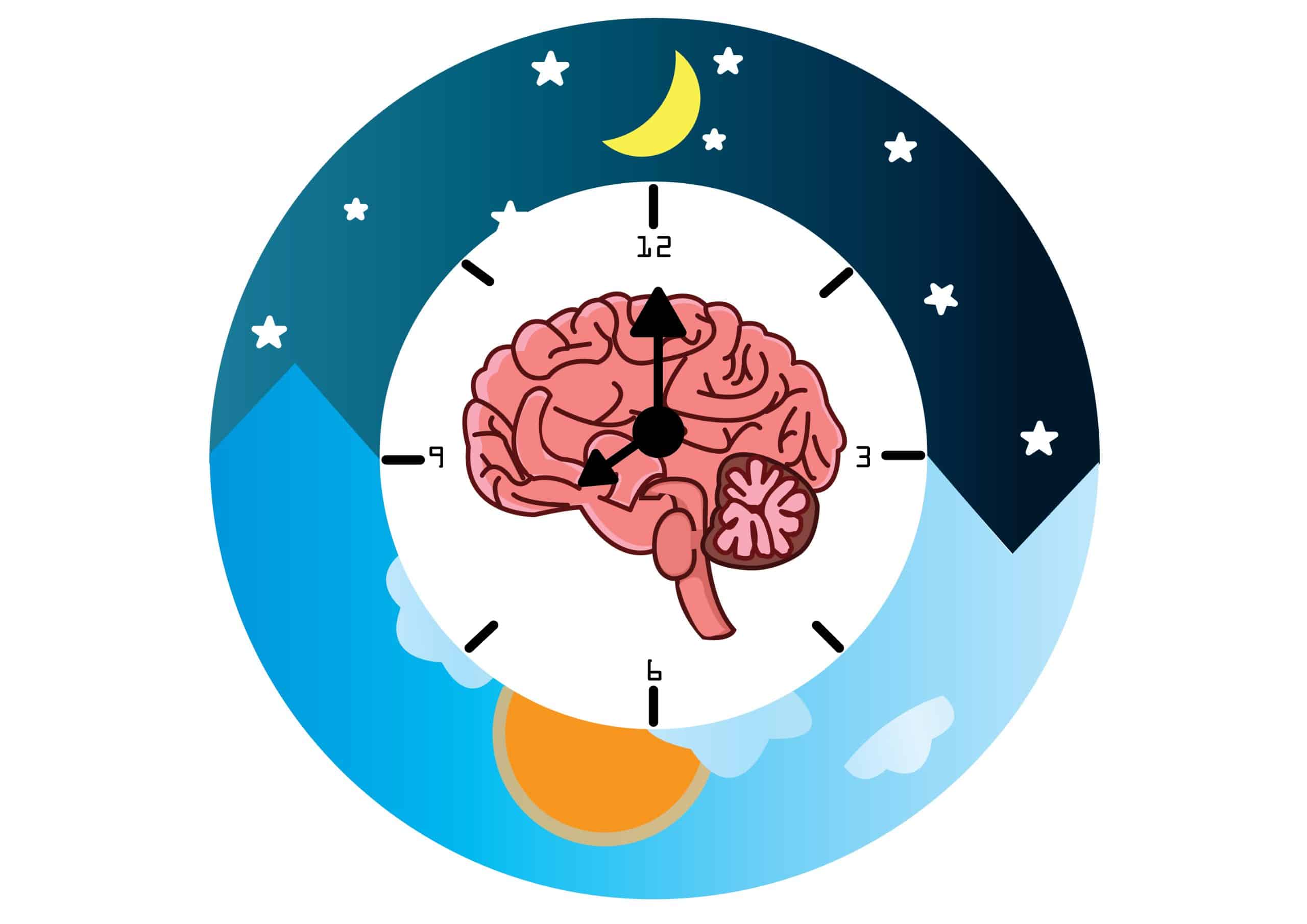 Recently, researchers have uncovered a connection between circadian rhythm and Alzheimer's disease. Below, we take a closer look into research surrounding this relationship and discuss sleep disturbances as an emerging target for Alzheimer’s disease prevention.

The Relationship Between Circadian Rhythm and Alzheimer’s Disease

Circadian rhythm is the natural cycle of physical, mental, and behavioral changes that our bodies go through in a 24-hour cycle. Circadian rhythms can affect sleep-wake cycles, hormonal activity, body temperature, eating and digestion, and other functions. You can think of this as part of your biological clock that helps you fall asleep at night and wake up in the morning.

It is widely known that sleep-wake and circadian rhythm disruption is common in Alzheimer’s disease patients—these changes occur early in the disease course and may even precede the development of cognitive symptoms. However, increasing evidence suggests that these disturbances may also contribute to the development and progression of Alzheimer’s and other neurodegenerative diseases.

When taken as a whole, this research suggests that sleep and Alzheimer’s disease share a complex bidirectional relationship. While more research is needed to better understand this relationship, circadian rhythm and sleep-wake cycles may be ideal targets for potential interventions to slow the progression of Alzheimer’s disease and possibly even prevent its development.

Sleep Disturbance as a Modifiable Risk Factor for Alzheimer's Disease

Aside from getting sufficient sleep, other Alzheimer's prevention strategies include:

The growing amount of research surrounding modifiable risk factors emphasizes the need to monitor the brain health of individuals with risk factors for Alzheimer's disease, including circadian rhythm and sleep-wake disorders. The brain health of all individuals who have known risk factors, whether modifiable or nonmodifiable, should be assessed and monitored early and frequently to detect neurocognitive changes as early as possible. Early detection of Alzheimer’s disease is crucial, as it can enable early intervention and, consequently, better health outcomes.