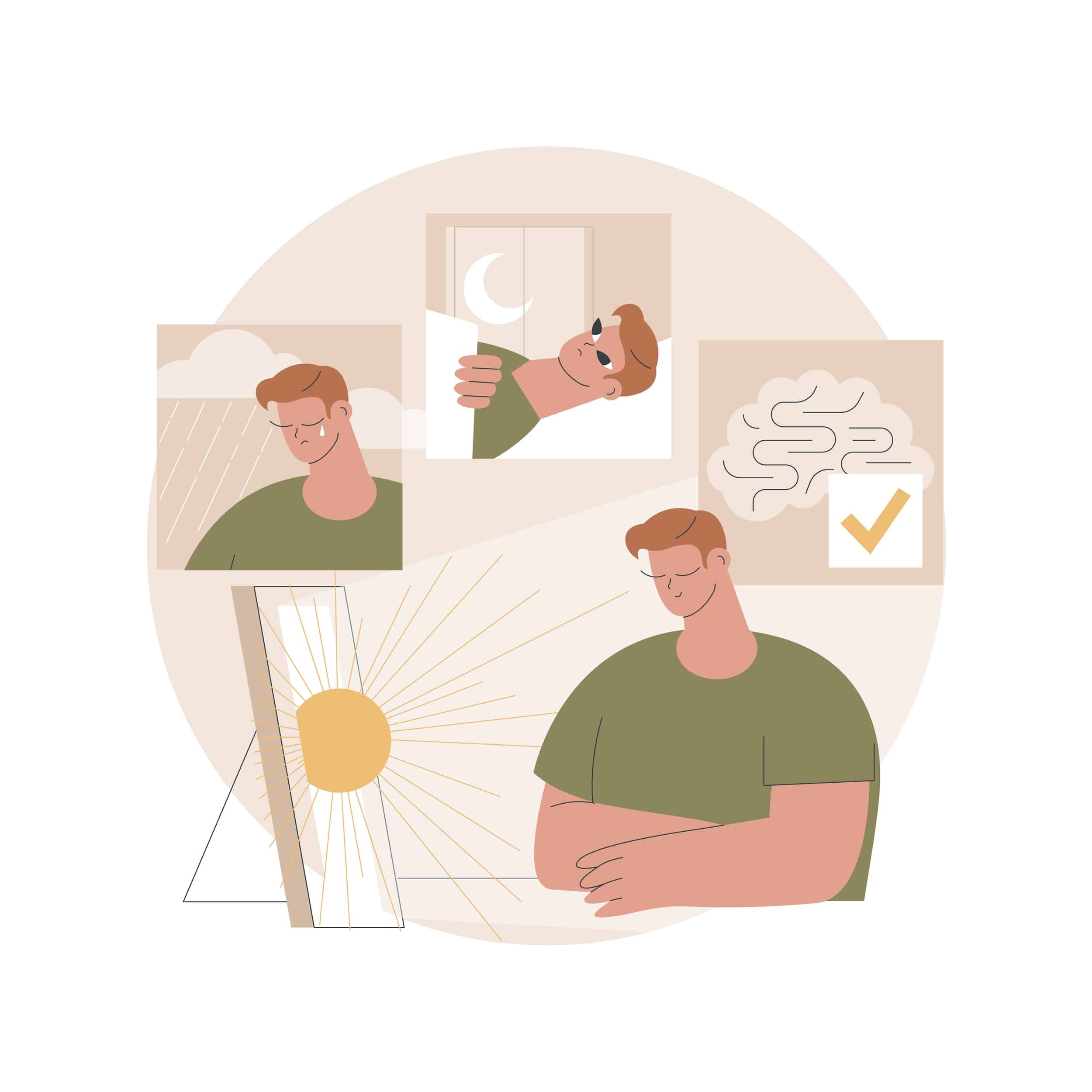 Aside from medication, several therapy-based interventions are being utilized to help combat sleeping challenges in those with Alzheimer’s, including bright light therapy.

Below, we provide information on bright light therapy for Alzheimer’s disease and address the limitations of existing research.

In Alzheimer’s disease, the circadian rhythm, or biological “clock,” can be disrupted, resulting in sleep disorders and disruptive behavior during the night. Bright light therapy aims to regulate the circadian rhythm by gradually shifting sleeping patterns back to a normal sleep-wake pattern, thus reducing sleep-wake disturbances.

For this type of therapy-based intervention, Alzheimer’s patients typically sit in front of a light source for a specific amount of time each day. The source of light could be artificial, such as a full spectrum lamp at 10,000 lux, or natural outdoor light when reliably available. Sleep specialists work with Alzheimer’s patients to determine the ideal timing of light exposure and duration of exposure per day based on symptoms and other life circumstances. Typically, 30-90 minutes of light exposure is recommended.

Assessing the Limitations of Current Studies

A systematic review of available literature surrounding the use of bright light therapy for Alzheimer’s disease patients found that the results of current studies were rather mixed and lacked the specificity required to understand the true effect of light therapy on neurocognitive function. They stated that many of these studies were limited due to the narrow nature of assessment methods. More specifically, for many of these studies, the only outcome measure utilized to monitor patients’ neurocognitive status was the Mini-Mental State Exam (MMSE).

The MMSE is a purely cognitive battery that only assesses a small subset of neurocognitive domains. Additionally, traditional cognitive function assessment tools, such as the MMSE and Montreal Cognitive Assessment (MoCA), are not ecologically valid, meaning the design of the evaluation does not match and align with neurocognitive states representative of Activities of Daily Living (ADLs). Because of these limitations, such assessments often produce noisy, highly variable results that lack the specificity and granularity to reasonably conclude the efficacy of bright light therapy for Alzheimer’s.

To adequately understand whether or not bright light therapy is an effective treatment for neurocognitive symptoms associated with Alzheimer’s disease, it is important to assess a breadth of cognitive and functional domains at a highly granular level.