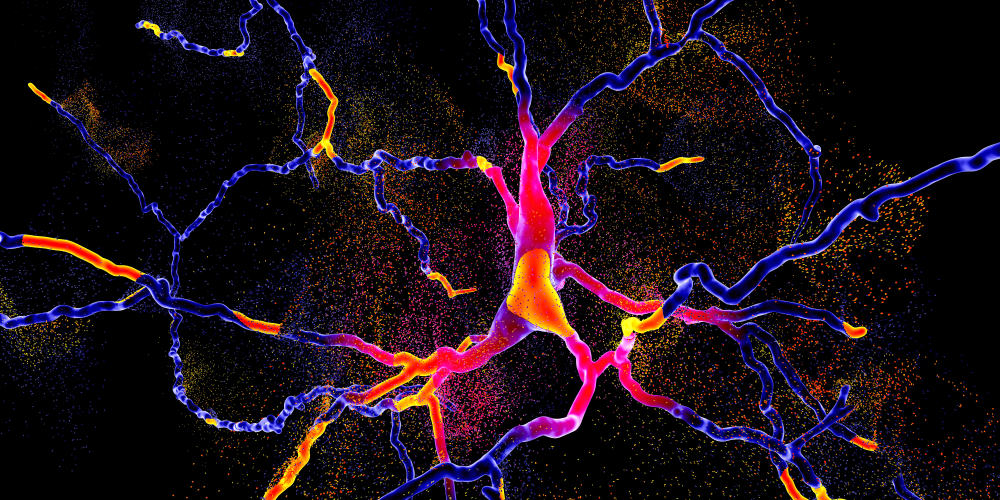 Neurodegenerative diseases encompass a wide range of diseases that cause nerve cells in the brain or peripheral nervous system to deteriorate or lose function over time, ultimately leading to cell death.

According to the Harvard NeuroDiscovery Center, five million Americans are living with Alzheimer’s disease, one million with Parkinson’s disease, 400,000 with multiple sclerosis, 30,000 with amyotrophic lateral sclerosis, and 30,000 with Huntington’s disease. Because neurodegenerative diseases typically arise in mid to late life, these numbers are projected to grow significantly as the population ages.

This article will discuss the current thinking surrounding the cause of neurodegenerative diseases.

Experts hypothesize that a combination of abnormal proteins in the brain and genetic, environmental, and lifestyle risk factors contribute to the onset of neurodegenerative disease. Let’s take a deeper look.

The Involvement of Abnormal Proteins

Most neurodegenerative diseases begin long before the presence of noticeable symptoms. Take Alzheimer’s disease, for example—experts estimate that beta-amyloid proteins begin to accumulate in the brains of those with Alzheimer's disease as early as 15 to 20 years before symptom onset.

The misfolding, aggregation, and accumulation of specific proteins into abnormal, toxic species is a common feature of many neurodegenerative diseases. Cell death resulting from toxic proteins causes cognitive and/or functional decline depending on the affected region of the brain. Such proteins are often utilized as biomarkers to indicate the presence of specific neurodegenerative diseases.

Examples of misfolded proteins involved in neurodegenerative diseases include:

It is hypothesized that most cases of neurodegenerative disease are multifactorial, meaning they are caused by some combination of genetic, environmental, and lifestyle factors.

While most neurodegenerative diseases have been linked to environmental and lifestyle factors, a few have been linked to genetics—some more so than others. While neurodegenerative diseases, such as Huntington's disease, are directly related to genetics, others have weaker genetic links. For example, it is estimated that fewer than 1% of Alzheimer’s disease cases are caused by deterministic genes, genes that directly cause the disease. Researchers have also discovered several risk genes that increase the risk of developing Alzheimer’s disease, but do not guarantee its development. Other neurodegenerative diseases with genetic influences include Parkinson’s disease, frontotemporal dementia, and amyotrophic lateral sclerosis.

Environmental factors may also play a role in the development of some neurodegenerative diseases. For example, emerging research suggests that long-term toxin exposure may increase the risk of developing Parkinson’s disease. This includes exposure to things like pesticides and herbicides, Agent Orange, solvents, manganese and other metals, and organic pollutants.

While the primary risk factor for many neurodegenerative diseases is increasing age, other risk factors include:

Monitoring brain health as you age is important for every individual. For those who may be at a higher risk of developing neurodegenerative diseases, frequently assessing brain health and monitoring changes over time is fundamental to early intervention and, consequently, better health outcomes.

Stay in Touch with Your Brain Health

To learn more about what causes neurodegenerative disease or about using Altoida’s Precision Neurology platform to monitor your brain health, contact us today.