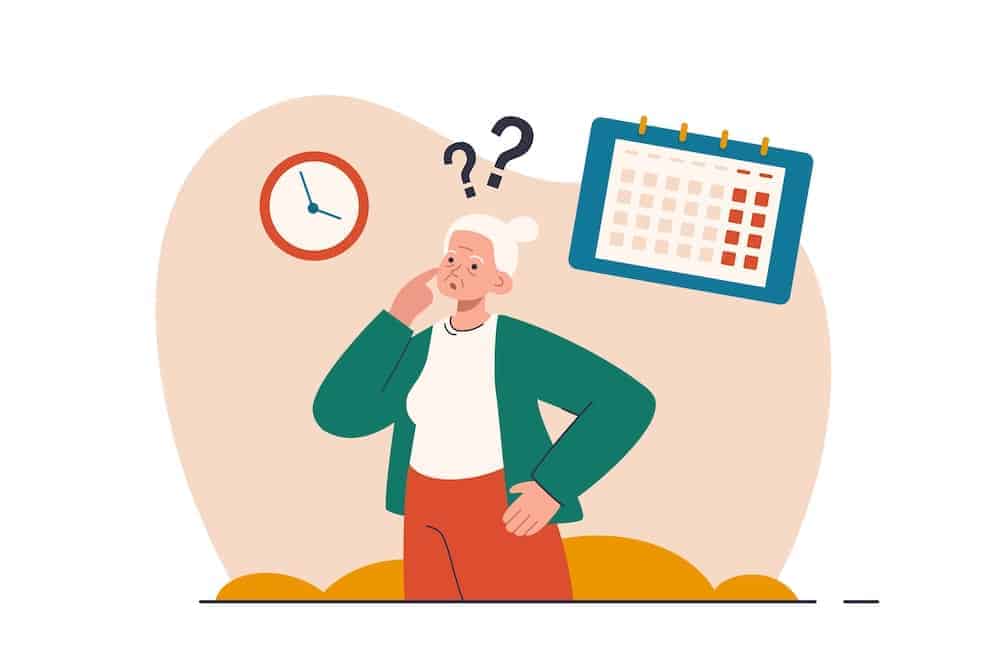 Parkinson’s disease is a neurodegenerative disease that occurs when dopaminergic neurons in the substantia nigra stop working or die, resulting in a lack of dopamine, a chemical that coordinates movement and motor control.

In this article, we will discuss common cognitive changes in Parkinson’s disease patients, proposed causes of cognitive impairment, and methods for evaluating cognitive changes throughout the disease course to inform patient treatment and care.

Researchers have identified several cognitive domains commonly impacted in Parkinson’s disease. While affected domains may be limited to one or two early in the disease continuum, and the severity of impairment may vary from patient to patient, the following domains and subdomains of cognitive function are most often affected.

Individuals with Parkinson’s disease may have delayed responses to verbal and/or behavioral stimuli, have difficulty retrieving information, or may take longer to complete tasks. They may have increased difficulty performing complex tasks that require them to sustain or shift their attention.

Executive functions refer to high-level cognitive abilities required to control and coordinate other cognitive abilities and behaviors. These are the functions needed to plan, prioritize, make decisions, respond to environments, and move between tasks. This includes all the sequencing, planning, and organization of sets of tasks.

Changes in executive function can be present from the early stages of Parkinson’s disease and can cause deficits in internal control of attention, planning, inhibitory control, dual-task performance, and a range of decision-making tasks.

Memory functioning is one of the most complex and multifaceted cognitive domains and is composed of many subdomains, including working memory, procedural memory, and prospective memory, among others.

While changes in several subdomains of memory function are possible in Parkinson’s disease, working memory is most commonly impacted. Working memory refers to the small amount of information that can be held in mind and used in the execution of cognitive tasks.

Visuospatial ability is a subdomain of perceptual-motor function and includes several cognitive abilities tied to the processing of visual information. It refers to the ability to identify visual and spatial relationships between objects. This includes pattern recognition (facial recognition), constructional ability (figure drawing), color recognition (color naming), and spatial analysis (ability to receive multiple objects in a visual field).

Individuals with Parkinson’s disease may have difficulty visualizing and interpreting their surroundings. They may have issues with measuring distances and depth perception, which is often exacerbated by low-light conditions.

Language links strongly with the ability to communicate, whether through writing, reading, or speaking. Language abilities include things like naming objects, finding the right words, the fluidity and flow of speech patterns, grammar and syntax, and receptive language.

Language problems, especially those relating to voice and articulation, affect many Parkinson’s disease patients. Common characteristics of language impairment include:

This data can be tracked longitudinally to reveal trends and patterns while flagging concerning ones. Through this feature, our technology will be utilized to monitor disease progression as well as to measure therapeutic response in Parkinson’s disease patients.

To learn more about cognitive impairment in Parkinson’s disease or about utilizing Altoida’s Precision Neurology platform, contact us today.