Deep Brain Stimulation and Alzheimer’s Disease: A Look at the Research Studies 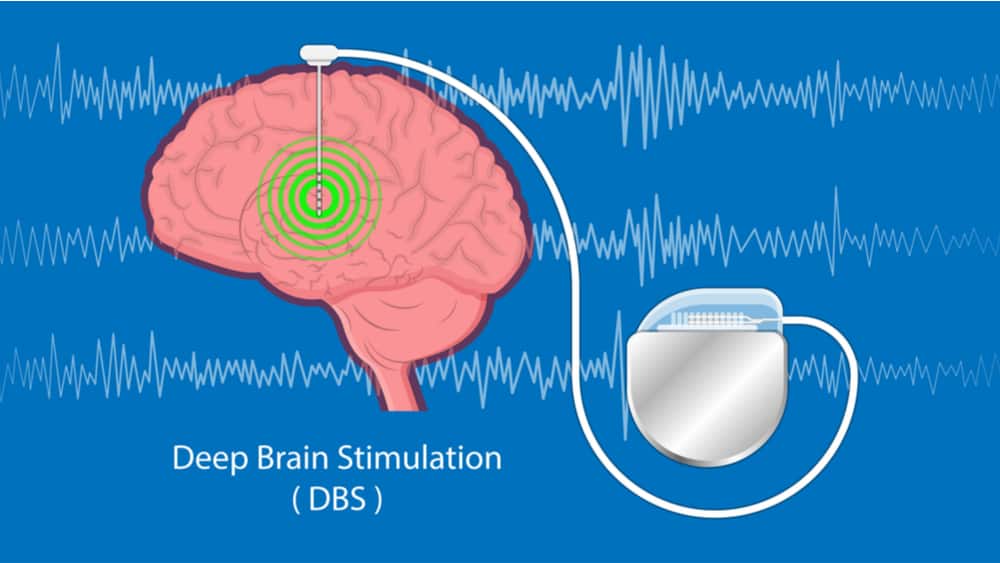 Deep brain stimulation, or DBS, is a neurosurgical technique that aims to regulate neuron activity via internal pulse generators to electrodes in specific target areas within the brain. The development of deep brain stimulation is largely attributed to Alim Benabid, who was utilizing surgical approaches to treat cases of Parkinson’s disease, dystonia, and several psychiatric conditions that had historically failed to respond to drug-based therapies.

How Is Deep Brain Stimulation Performed?

Over the past decade, deep brain stimulation has shown several positive effects in animal models, demonstrating benefits such as enhanced short- and long-term memory, restoration of spatial memory-related functions, decreased amyloidosis, and decreased neuronal loss in the cortex and hippocampus. Animal studies have incorporated multiple stimulation targets, such as the midline thalamic nuclei (MTN), the intralaminar thalamic nucleus (ILN), the anterior nucleus of thalamus (ANT), the hippocampal CA1 subfield, and the entorhinal cortex (EC).

During this same time, deep brain stimulation has been investigated in several human clinical studies. Here is a look at some of the findings:

Stimulation targets in human studies involved the fornix, the nucleus basalis of Meynert (NBM), and the ventral capsule/ventral striatum (VC/VS).

The mechanism of action currently remains unclear; however, several potential mechanisms have been proposed, such as those listed below:

Many of these traditional assessments are purely cognitive batteries that only assess a small subset of neurocognitive domains. Assessment of Activities of Daily Living (ADLs) is arguably the most relevant and robust measure of neurocognitive function. However, traditional cognitive function assessment tools are not ecologically valid, meaning the design of the evaluation does not match and align with neurocognitive states representative of Activities of Daily Living (ADLs). Because of these limitations, these assessments frequently produce noisy, highly variable results that lack the specificity and granularity to confidently draw conclusions about the efficacy of deep brain stimulation.

To improve our understanding of therapeutic response to deep brain stimulation, it is important to assess a breadth of both cognitive and functional domains at a highly granular level.