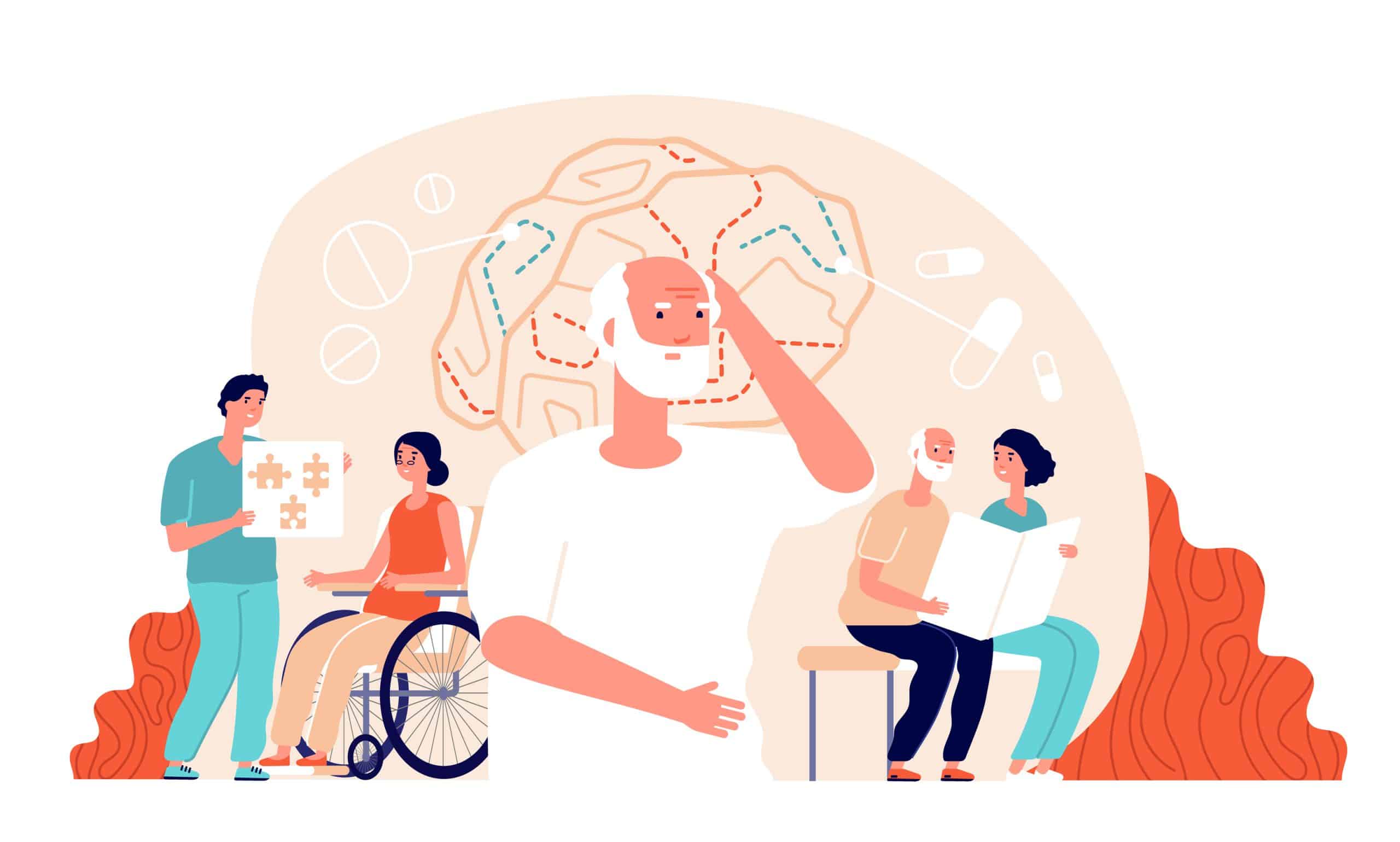 Experts estimate that up to 40% of people living with Alzheimer’s disease suffer from significant depression. Mental health conditions commonly coexist in patients with cognitive disorders such as Alzheimer’s disease and Parkinson’s disease, but the connection appears to be even stronger than this.

Let’s take a closer look at the link between cognitive disorders and mental health and methods for better patient care and support.

The Link Between Cognitive Disorders and Mental Health

Depression—as well as the isolation and reduced mental and social activity that often accompany depression—appears to be a risk factor for developing several cognitive disorders. On the other hand, cognitive and neurological impairments can be present in many mental illnesses.

It is widely recognized that the onset of Alzheimer’s and other forms of dementia may be modifiable through the management of risk factors and incorporation of lifestyle changes. It appears that depression and its associated lifestyle impacts may be a modifiable risk factor for Alzheimer’s disease.

Similar to Alzheimer’s disease, depression is more common in individuals with Parkinson’s disease than in the general population. It’s believed that depression is either a causal risk factor for Parkinson’s or may be a very early prodromal symptom of Parkinson’s.

The link between cognitive disorders and mental health is also demonstrated by the presence of cognitive impairments in several mood disorders.

One study comparing depressed and euthymic patients with healthy controls found that euthymic patients did not show signs of significant impairment in the domain of attention and working memory, while depressed and manic patients in the acute phases of their illnesses produced more errors of attention in comparison to matched controls. Increased severity of mental illness correlated with larger cognitive performance deficits.

They also found that when compared with healthy controls, euthymic bipolar I patients showed executive functioning impairment while acutely ill, with improvements when retested during subacute phases.

There is a clear connection between cognitive disorders and mental health—but how does this impact our approach to providing better support to patients?

We are experiencing a shift in the world of healthcare towards a more personalized, holistic approach to medicine. When paired with mental health screening and patient monitoring, regular cognitive testing allows providers to understand the cognitive and mental states of their patients and rapidly inform care when changes are detected, providing the opportunity for early intervention and better health outcomes.

At Altoida, we strive to make understanding and monitoring brain health simple and accessible to all by radically changing the way we measure and analyze neurocognitive function. Altoida is developing a Precision Neurology platform and app-based medical device built on over 20 years of cutting-edge scientific research.

Our device measures and analyzes nearly 800 cognitive and functional digital biomarkers across 13 unique neurocognitive domains. Patients complete a 10-minute series of immersive augmented reality and digital motor activities in Altoida’s app-based device on their smartphones or tablets, resulting in comprehensive insights in the form of neurocognitive domain scores.

Paired with Altoida’s artificial intelligence, this method for collecting and analyzing data will pioneer predictive diagnosis of Alzheimer’s disease by identifying the manifestation of its distinct signature in an individual. Our device, which received FDA Breakthrough Designation, will allow us to provide individuals 55 and older with a predictive score that estimates the risk of conversion from Mild Cognitive Impairment to Alzheimer’s disease within 12 months. Ultimately, we aim to use our technology to predict the onset of many neurological diseases and pave the way to precise, personalized patient care and support.