How to Prevent Alzheimer’s Disease Naturally 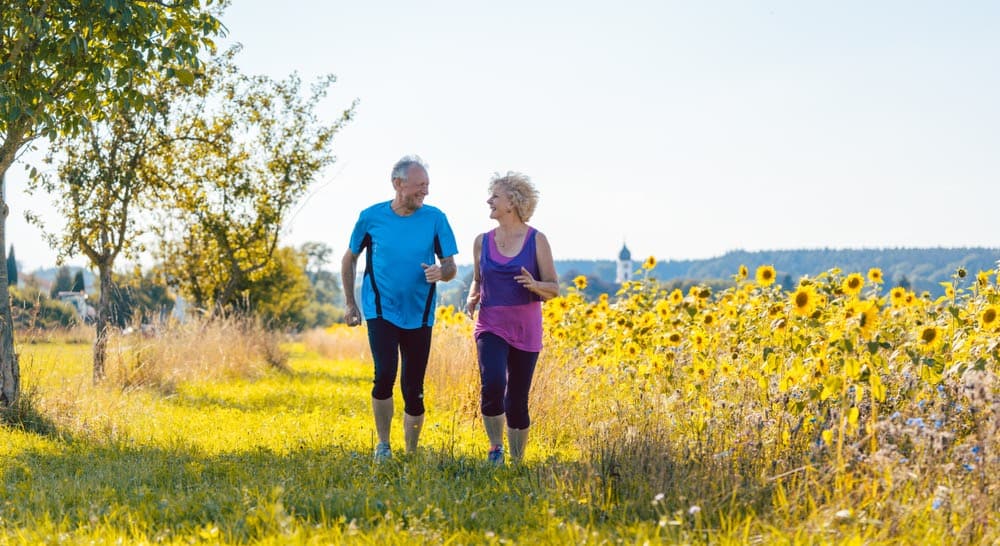 While there are currently no proven Alzheimer’s prevention strategies, there is strong evidence that suggests several aspects of leading a healthy lifestyle may play a role in reducing the risk of developing Alzheimer’s disease and other forms of dementia. While a large focus of the Alzheimer’s community is currently around new drugs and therapies, such as ADUHELM™ (Aducanumab), for slowing the onset and reducing the severity of symptoms, there is a significant focus on methods for prevention.

Many locations, such as small villages in Europe as well as Okinawa, Japan, emphasize community engagement, high mental and social stimulation, and healthy diets. Such communities have staggeringly low rates of Alzheimer’s disease and dementia, supporting the idea that cognitive impairment may be prevented through living an engaging and healthy lifestyle.

Below, we will detail a few researched methods that may aid in reducing the likelihood of developing Alzheimer’s disease and other forms of dementia.

Research studies are working to show how to prevent Alzheimer’s disease naturally. Some methods of focus include:

Let’s delve further into each of these methods and how they work to prevent Alzheimer’s disease.

Brain health depends heavily on heart and blood vessel health. A healthy heart ensures that a sufficient amount of blood is pumped to the brain, and healthy blood vessels allow oxygen-rich blood to reach the brain. High blood pressure, high cholesterol, and diabetes are conditions known to increase the risk of cardiovascular disease. To prevent cardiovascular risk, and thus reduce the likelihood of developing Alzheimer’s, individuals are advised to:

Tying closely into controlling cardiovascular risk factors, regular physical activity can also lower the risk of Alzheimer’s disease and other forms of dementia. Physical activities increase blood and oxygen flow to the brain and appear to be a strong factor in the prevention of cognitive impairment. While it is unknown what specific types, duration, and frequency of physical activity are most effective for reducing the risk of Alzheimer’s, researchers believe that the connection between heart health and brain health is strong.

Similarly, it is believed that adhering to a heart-healthy diet can contribute to the prevention effort. Such diets involve limiting sugar and saturated fat intake and increasing fruit, vegetable, and whole-grain intake. Studies suggest that diets such as Dietary Approaches to Stop Hypertension and the Mediterranean diet may decrease Alzheimer’s risk.

Researchers are also investigating the connection between the brain and the digestive system. Studies are being conducted to investigate how biochemical processes of food intake and digestion link to changes in the brain. The gut microbiome, or community of bacteria, viruses, and other microbes, may have an impact on the development of Alzheimer’s disease. Chronic diseases, disruptions in the immune system, and inflammation have been linked to changes in the gut microbiome.

Several studies suggest that maintaining social and mental activity throughout life may support brain health and decrease the risk of Alzheimer’s. There are theories that social and cognitive stimulation can help build “cognitive reserve,” where cognitive reserve refers to the brain’s ability to efficiently use networks of neuron-to-neuron connections. This enables individuals to effectively execute cognitive tasks, even as the brain changes over time. However, more research is needed to better understand biological processes which connect such engagement and stimulation to Alzheimer’s risk. Beta-amyloid plaques are one of the neuropathological hallmarks of Alzheimer’s disease. Small studies on sleep deprivation and Alzheimer’s have shown that losing just one night of sleep can increase beta-amyloid protein in the brain, suggesting that sleep deprivation may increase the risk of beta-amyloid build-up. Another study showed that individuals in their 50s and 60s who slept six hours or less per night were more likely to develop dementia later in life, adding to the idea that inadequate sleep duration may increase the risk for developing cognitive impairment.

The incredible amount of research being conducted around how to prevent Alzheimer’s disease naturally—and the emergence of better methods to assess and monitor brain health—provide a positive outlook on the way the disease is perceived. In the future, the hope is that Alzheimer’s disease and other forms of dementia are found to be preventable and treatable diseases.

Understanding how to prevent Alzheimer’s disease naturally requires a scalable, simple method to assess and monitor brain health. Altoida is developing a digital platform that will allow individuals to test their brain function regularly through a set of gamified augmented reality activities. Our platform is indicated as an adjunctive tool to aid in the evaluation of perceptual and memory function and will utilize digital biomarkers to provide robust measurements of the brain over 11 unique neurocognitive domains.

To learn more about how Altoida is working to develop a digital platform to assess brain health that can help understand how to prevent Alzheimer’s disease naturally, contact us today.