The Connection Between Vision and Dementia: Understanding the Research 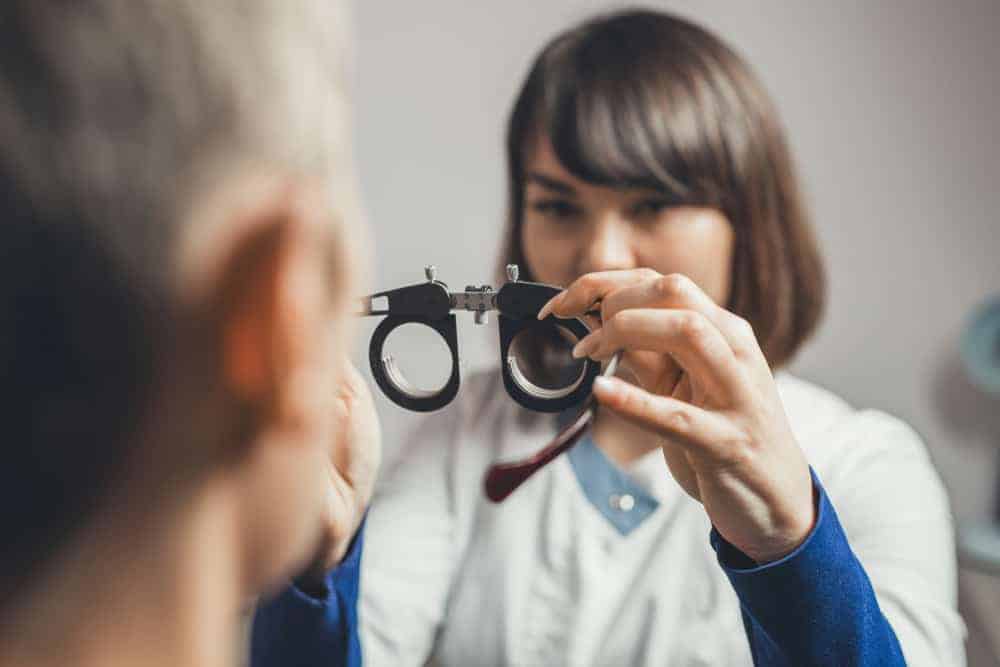 With age often comes new health challenges. During our lifetimes, many of us will experience visual impairment. An estimated 20% of adults aged 85 years and older in the US are blind or have visual acuity impairment. Recently, research has uncovered a relationship between vision and dementia.

There are two aspects linking vision and dementia:

In this article, we will take a look at these two aspects and discuss important implications of this connection.

A 2021 study assessed the association between cataract extraction and the development of dementia. The study assessed 3,038 adults aged 65 years or older with cataracts enrolled in the Adult Changes in Thought study. Even after adjusting for additional influential variables, such as years of education, race, smoking history, sex, and age at cataract diagnosis, the study found that individuals who underwent cataract removal surgery had nearly a 30% lower risk of developing dementia compared to those without the surgery.

In short, visual impairment is considered a modifiable risk factor for dementia, but it’s unclear why. Some experts hypothesize visual impairment may contribute to social isolation, reduced physical activity, and depletion of cognitive reserve, ultimately increasing dementia risk. Further research is needed to determine whether screening and treatment for vision loss may slow cognitive decline.

Dementia is known to cause a breadth of changes in the brain and, consequently, neurocognitive changes in a range of domains. Among commonly impacted neurocognitive domains is visual perception—our ability to visualize and interpret our surroundings.

Different causes of dementia can damage the visual-perceptual system in diverse ways depending on how the disease alters the structure of the brain. Common changes in visual perception may include:

Along with other cognitive changes, these changes can contribute significantly to behavioral and psychological symptoms of dementia (BPSD) and increase the risk of falls and serious injury. Issues with visual perception can affect patients’ abilities to carry out Activities of Daily Living (ADLs). For example, someone living with dementia who has difficulty distinguishing between colors may pick out mismatched clothing or not notice white rice on a white dinner plate. Someone who is experiencing reduced peripheral vision range may bump into furniture while walking through a hallway.

The Connection Between Vision and Dementia: Implications

As a whole, this emerging body of research has important implications. First and foremost, preventive steps should be taken to prevent visual impairment, as this may reduce the risk of developing dementia later in life. Additionally, individuals with non-treatable visual impairment may benefit from more frequent neurocognitive testing to detect changes as early as possible.

Nearly 80% of visual impairment and 25% of blindness in the US are considered preventable or treatable with prescription glasses and surgical cataract treatment—both of which have a high cost- and clinical-effectiveness. This highlights the importance of receiving treatment for visual impairment.

While changes in visual perception in those living with dementia is not a new finding, it does highlight the importance of routine neurocognitive assessments in senior living facilities. Because visual perception can increase fall risk and impact patients’ abilities to complete ADLs, routine testing can provide valuable insights to caregivers, allowing them to adapt care plans to patients’ changing care needs.

To learn more about the link between vision and dementia, or about utilizing Altoida’s Precision Neurology platform, contact us today.