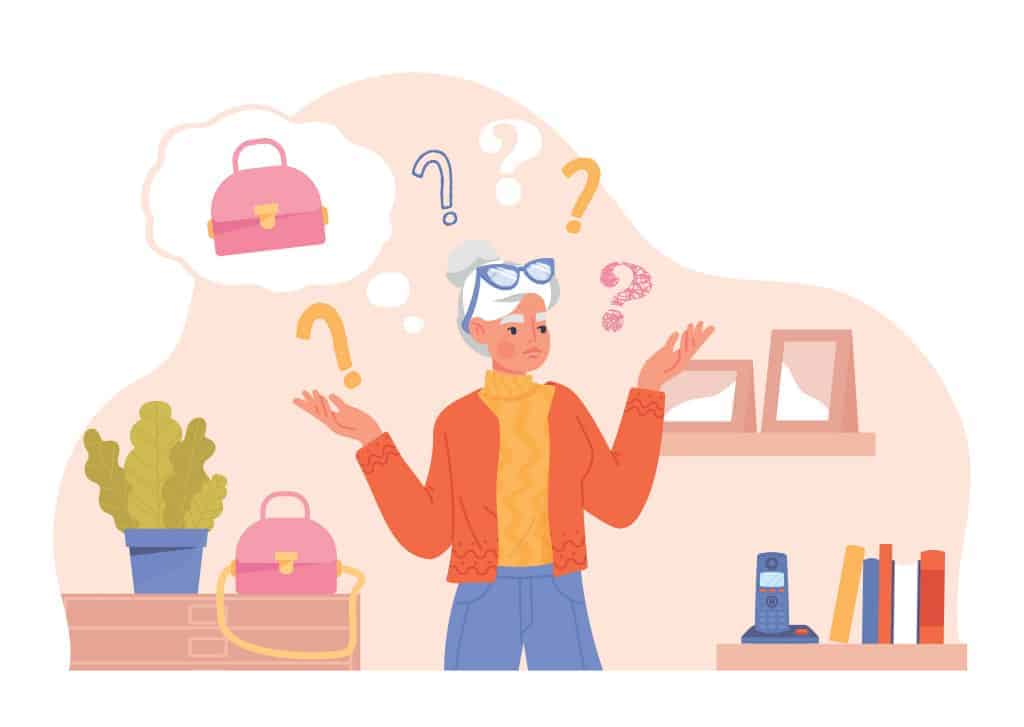 As we age, many of us notice small changes in our cognitive abilities. Maybe you take longer to remember an old friend’s name or maybe you forget to pay a bill every once in a while. Throughout the aging process, your brain experiences minor structural changes, and consequently, you experience minor cognitive changes. But when are these changes a sign of cognitive decline?

Learning about the common signs of cognitive decline, the importance of routine cognitive testing, and how to measure cognitive changes can help you bring awareness to your brain health.

What Is Cognitive Decline?

Cognitive decline can range from Mild Cognitive Impairment (MCI) to dementia. Both are broad terms that indicate a decline in cognitive function greater than normal age-related decline.

MCI is currently thought of as the stage between expected age-related cognitive decline and dementia. Individuals with MCI experience cognitive changes that are significant enough to be noticed by family and friends, but not significant enough to affect everyday function. MCI can be due to a variety of conditions, including neurological diseases such as Alzheimer’s disease and Parkinson’s disease and other conditions such as depression, thyroid problems, liver or kidney problems, and sleep disorders, among others. It’s important to note that having MCI does not necessarily mean you will go on to develop dementia. According to the Alzheimer’s Association, an estimated 10-15% of people living with MCI develop dementia each year.

There are several causes of dementia, including the following:

Routine medical check-ups and cognitive testing are key to detecting signs of cognitive decline as early as possible.

Approximately 75% of dementia cases go undiagnosed until it is too late. Like many other diseases and disorders, early intervention and early treatment of Alzheimer’s disease and other causes of dementia is believed to offer the best chance of therapeutic success and produce better health outcomes.

Whether you’re 30 or 70, cognitive testing should be as normal as going to the dentist. It is never too early to prioritize and take charge of your brain health. After all, it is a vital part of overall wellness and plays a key role in our ability to live long, healthy, and full lives.

To accurately measure cognitive decline, it is necessary to regularly and frequently assess brain function over time. By tracking trends and patterns in assessment scores longitudinally, signs of cognitive decline can be identified.

To do so, your healthcare provider may use cognitive assessment tools such as the Mini-Mental State Examination (MMSE), the Montreal Cognitive Assessment (MoCA), the Mini-Cog, and the general practitioner assessment of cognition (GPCOG). These assessments typically require you to answer a series of questions and/or complete simple tasks to determine your cognitive abilities in areas such as learning and memory, orientation, attention, and visuospatial abilities. Assessments utilize scoring systems to quantify your cognitive function.

Unfortunately, these assessments don’t come without limitations. Most of these traditional assessments only assess a small subset of neurocognitive (cognitive and functional) domains. Because such assessments are not designed to analyze how we function in real-world settings, they often produce noisy, highly variable results that lack the specificity to detect small changes in cognition over time.

At Altoida, we believe that understanding your brain health should be simple and accessible. We are dedicated to providing patients with a reliable, affordable, and highly accurate way to measure and monitor brain health and detect cognitive decline. We are building the world’s-first Precision Neurology platform and app-based medical device—backed by 11 years of clinical validation—to accelerate and improve drug development, neurological disease research, and patient care.

To learn more about the signs of cognitive decline, or about using Altoida’s Precision Neurology platform to monitor your brain health, contact us today.