How To Measure Cognitive Decline In Older Patients 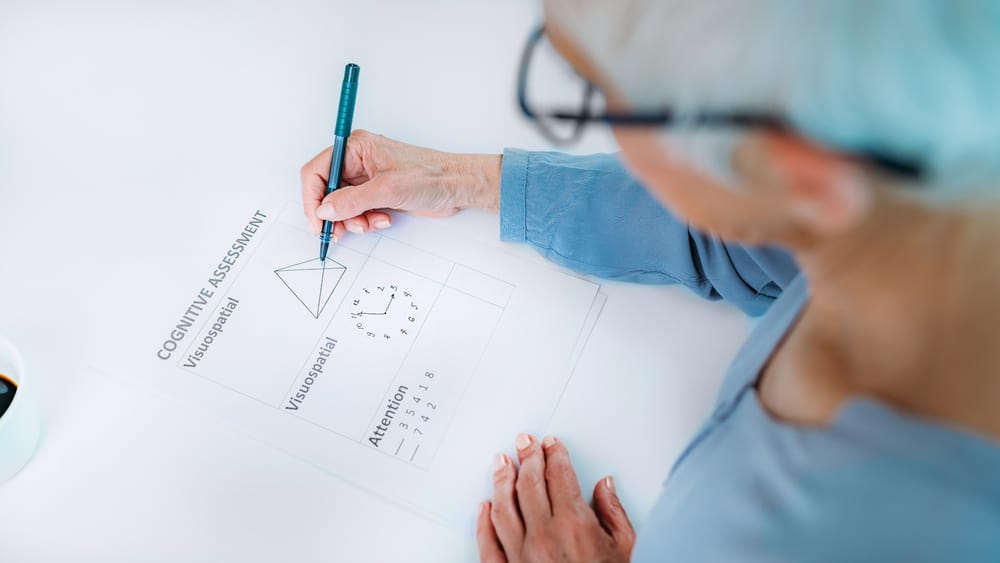 Primary care practitioners are often the first to address a patient’s or family’s concerns about memory loss or the possibility of dementia. Detecting cognitive decline as early as possible is fundamental to a patient’s ability to receive earlier access to treatments and therapies, and, consequently, more effective treatment and improved health outcomes.

What Is Cognitive Testing?

Cognitive tests typically assess aspects of cognition such as those listed below:

There are several types of cognitive assessments, but generally, these assessments will require the patient to answer a series of questions and/or complete simple tasks.

How To Measure Cognitive Decline in Older Patients

To measure a decline in cognitive function, it is necessary to regularly and frequently assess brain function over time. By tracking trends and patterns in assessment scores longitudinally, changes in cognition can be identified.

Three of the most common tools utilized to measure cognitive decline are the Mini-Mental State Examination (MMSE), the Montreal Cognitive Assessment (MoCA), the Mini-Cog, and the general practitioner assessment of cognition (GPCOG). Here is a look at how each of these assessments works.

The MMSE is scored on a 30-point scale and takes roughly five to 10 minutes to administer. This assessment asks the patient to state the current date, count backward, and identify everyday objects.

According to the Alzheimer’s Association, score ranges on both the MMSE and the MoCA may indicate the following:

The MoCA, also scored on a 30-point scale, takes 10 to 15 minutes to administer and includes the same aspects of the MMSE, with the addition of the following two tasks:

The patient receives up to three points for word recall and up to two points on the CDT, with a maximum score of five points. A score of three, four, or five indicates a lower likelihood of dementia but does not rule out cognitive impairment.

Step one of the GPCOG includes five tasks:

In step two, the patient’s informant is asked a series of questions about the patient’s day-to-day function compared to a few years ago. If the patient scores between zero and three, cognitive impairment is indicated.

*Note: While the administration time for the above assessments may be brief, the clinical waiting time—as well as the analysis and results reporting time—can make this process rather inefficient.

Each of the assessments above has its unique strengths and shortcomings regarding the thoroughness, accuracy, and validity of the assessment design. According to the Alzheimer’s Association, these are the key advantages and limitations of each assessment:

Many of the above assessments are purely cognitive batteries that only assess a small subset of neurocognitive domains. These assessments are not ecologically valid, meaning the design of the evaluation does not align with neurocognitive states representative of Activities of Daily Living (ADLs). Because of these limitations, such assessments often produce noisy, highly variable results that lack the specificity and granularity to adequately measure cognitive function and track cognitive decline over time.