Is There a Connection Between Your Thyroid and Dementia Risk? 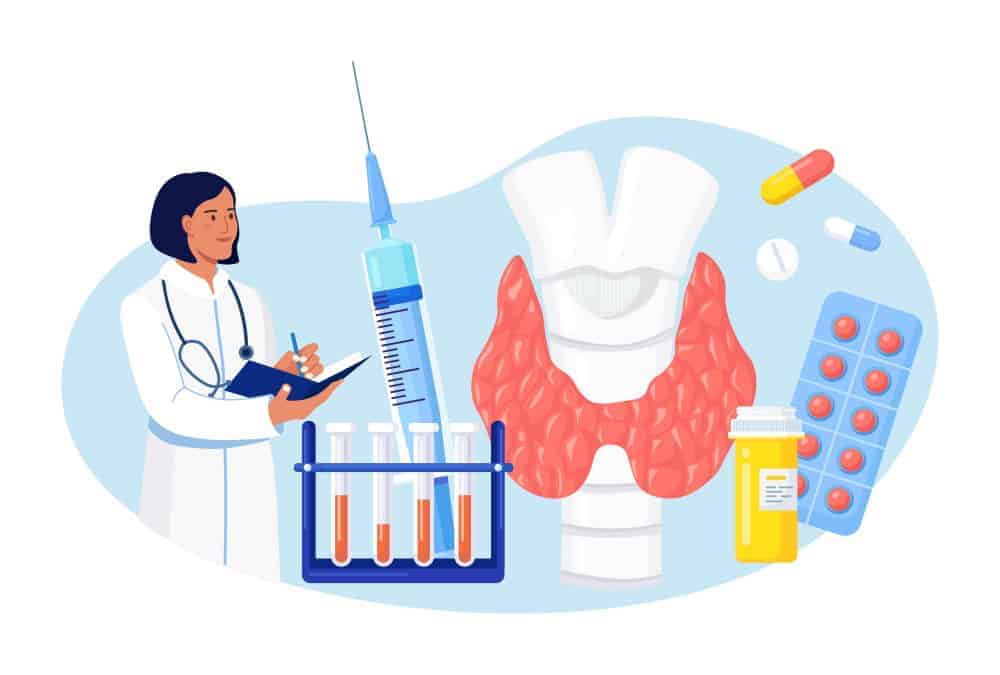 Do you know what lives inside your mouth? Your mouth is home to 700 different species of microbes and microscopic organisms, such as bacterium, fungi, and viruses. While some microbes play a helpful role in the body—fighting bad breath, aiding in food digestion, and promoting a healthy oral microbiome—others can cause problems like tooth decay and gum disease.

In this article, we will take a look at research linking gum disease and Alzheimer’s disease and proposed mechanisms linking the two.

The Connection Between Gum Disease and Alzheimer’s Disease

Gum disease is caused by infections and inflammation of the oral tissue surrounding the teeth gums and bone that supports the teeth. According to the National Institute on Aging, bacteria and the inflammatory molecules they make can travel from infections in the mouth through the bloodstream and to the brain. Recently, several bacteria involved in gum disease have been linked to Alzheimer’s disease. Here’s a look at the research.

In a 2016 study, researchers assessed 59 individuals with mild to moderate Alzheimer’s disease for cognitive function, inflammation levels, and dental health. The presence of gum disease at baseline was not related to baseline cognitive status but was associated with a six-fold increase in the rate of cognitive decline as measured by the Alzheimer’s Disease Assessment Scale-Cognitive Subscale (ADAS-Cog). These findings suggest that gum disease may accelerate the progression of Alzheimer’s disease, though a causal relationship is not certain.

A 2021 study evaluated 48 elderly cognitively normal individuals for differences in subgingival periodontal bacteria between cerebrospinal fluid (CSF) biomarkers groups of amyloid and tau. They found older adults with evidence of beta-amyloid in CSF had significantly higher subgingival periodontal dysbiosis (increased periodontal-associated bacteria and decreased health-related bacteria under the gum line) compared to those without evidence of beta-amyloid. As beta-amyloid is a key biomarker for Alzheimer’s disease, this research suggests that these healthy subgingival bacteria may play a role in brain amyloid-beta homeostasis.

They found that among those aged 65 years and older, Alzheimer’s disease incidence and mortality were consistently associated with probing pocket depth, two factors, and one cluster comprised on IgG titers against Porphyromonas gingivalis, Prevotella melaninogenica, and Campylobacter rectus. These findings support the hypothesis that there is an association between gum disease pathogens and Alzheimer’s disease.

In a 2022 study researchers conducted both in vivo and in vitro experiments that analyzed the involvement of the periodontal pathogen Fusobacterium nucleatum, a common pathogen that overgrows significantly in those with gum disease, in Alzheimer’s disease pathogenesis. Both in vivo and in vitro experiments revealed that Fusobacterium nucleatum activates microglial cells, causing morphological changes, accelerated proliferation, and enhanced expression of TNF-alpha and IL-1beta in microglial cells. In vivo experiments found that Fusobacterium nucleatum-induced periodontitis exacerbated Alzheimer’s disease symptoms in 5XFAD mice. Specific symptoms exacerbated include cognitive impairment, beta-amyloid accumulation, and tau phosphorylation in the mouse cerebrum.

The Need for Further Research

As a whole, this growing body of research suggests a link between gum disease and Alzheimer’s disease. While the underlying mechanism linking the two diseases is unclear and is still under investigation, many researchers believe it may be related to the ratio of health-related (“good”) and periodontal-associated (“bad”) bacteria in the mouth, supporting similar findings linking gut microbiome dysbiosis with Alzheimer’s disease.

It is now well-known that beta-amyloid plaques form long before symptoms arise. However, the manner in which brain amyloid pathology develops is not fully understood. While diverse pathways are likely at play, a growing body of research suggests inflammation, infections, and bacterial dysbiosis of the gut and mouth may be involved.

To further understand the connection between gum disease and Alzheimer’s disease, clinical trials are needed to solidify current evidence. Furthermore, longitudinal studies should be conducted to determine whether or not improved dental hygiene may slow the progression of Alzheimer’s disease and/or alter amyloid levels in the brain.

While it is clear that further clinical research is needed, this emerging research has important public health implications:

As we continue to learn about the diverse range of factors that may contribute to Alzheimer’s disease development and progression, we now have many targets that may help to prevent, slow, or stop the progression of Alzheimer’s disease. Fundamental to this effort is the ability to detect cognitive changes as early as possible through early, and frequent cognitive testing for all.

Precision Neurology at Your Fingertips

By completing a 10-minute series of augmented reality and motor activities designed to simulate complex ADLs on a smartphone or tablet, Altoida’s device extracts and provides robust measurements of neurocognitive function across 13 neurocognitive domains. Our device measures and analyzes nearly 800 multimodal cognitive and functional digital biomarkers. Through the collection of highly granular data from integrated smartphone or tablet sensors, Altoida’s device produces comprehensive neurocognitive domain scores. This data can be tracked longitudinally to reveal trends and patterns while flagging concerning ones.

In 2021, our device received Breakthrough Device designation by the FDA. Altoida's platform has demonstrated the ability to predict conversion from Mild Cognitive Impairment to Alzheimer's disease with a high degree of accuracy.

To learn more about the connection between disorders of the thyroid and dementia risk or about utilizing Altoida’s Precision Neurology platform, contact us today.