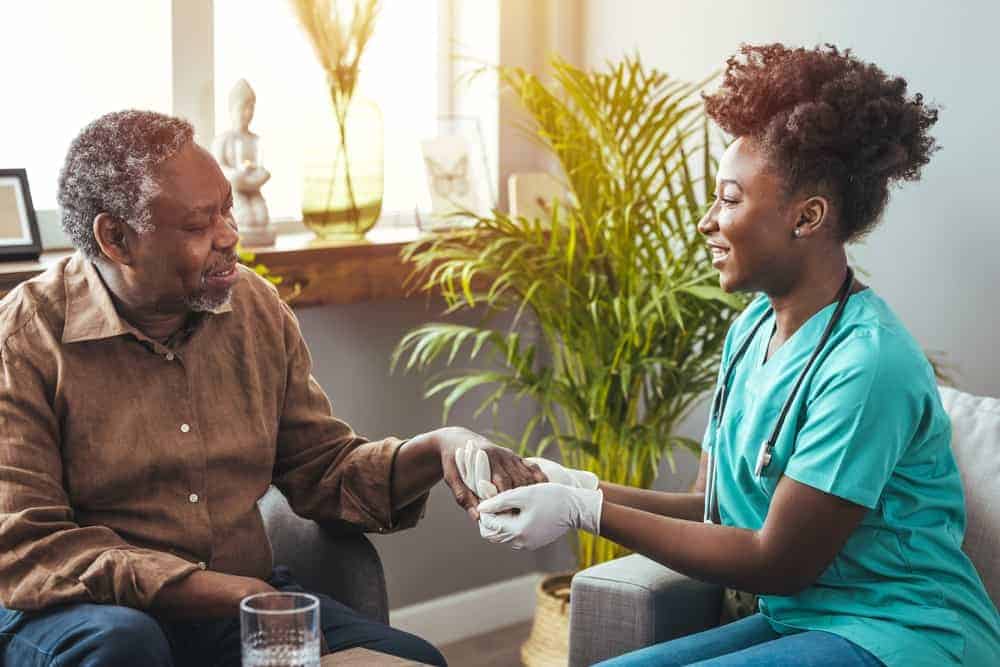 Alzheimer’s disease, the most common cause of dementia, is a degenerative neurological disease characterized by a gradual decline in neurocognitive function. Alzheimer’s disease affects more than memory—throughout the disease, people living with Alzheimer’s typically experience a range of cognitive, functional, behavioral, and psychological symptoms.

As the disease progresses and these symptoms worsen, it is common for complications to arise. Learning about common Alzheimer’s disease complications can help healthcare providers and caregivers proactively identify complications and provide personalized care and treatment to meet patients’ changing needs.

In addition to failing memory, there are a host of issues that could result because of Alzheimer’s. Common complications of the disease include:

Personality and behavioral changes are common in people living with Alzheimer’s disease. Common changes include:

Flu, Pneumonia, and Other Infections

Infection is a common Alzheimer’s disease complication. In the later stages of Alzheimer’s disease, patients are more vulnerable to infections, especially pneumonia. This is believed to be due to the altered immune response associated with Alzheimer’s. Additionally, many patients are unable to move around due to impaired function and, consequently, unable to perform Activities of Daily Living (ADLs) without around-the-clock caregiver assistance. This can lead to poor oral and personal hygiene, scrapes or cuts that don’t get cleaned, and aspiration of food or beverages which can all lead to infection.

While Alzheimer’s affects everyone differently, many patients are unable or not always able to communicate their feelings and needs in the late stages, making it difficult for them to communicate if they’re feeling ill or are in pain.

Sleep problems are common in people living with Alzheimer’s disease, and it’s often one of the earliest reported symptoms. They may experience difficulty falling asleep, difficulty staying asleep, changes in their sleep-wake patterns, or daytime drowsiness. In the late afternoon, they may experience changes in behavior and mood—such as confusion, agitation, anxiety, irritability, and disorientation—as the sun begins to set. This is known as sundowning.

Alzheimer’s disease, particularly in the later stages, can affect function in addition to cognition. While functional impairments contribute to falls, several aspects of cognition can contribute significantly to increased fall risk. Even if an Alzheimer’s disease patient has minimal to zero balance impairment, they may still be at risk of falls due to cognitive changes. Cognitive functions, such as executive function, play a critical role in the regulation of gait and, consequently, cognitive impairment can lead to falls. Additionally, behavioral changes, such as wandering, pacing, agitation, and restlessness, can lead to falls.

As Alzheimer’s disease progresses and functional impairments become more severe, many patients experience incontinence of the bladder and bowels. This can be due to several different causes. People living with Alzheimer’s disease may not recognize the need to use the restroom, they may forget where the bathroom is, or be experiencing incontinence as a side effect from medications (e.g., sleeping medications and anxiolytic drugs). Comorbidities can also contribute to bladder and bowel issues. Diabetes, for example, can cause nerve damage in the urinary tract which can lead to bladder problems. Other comorbidities that may cause incontinence include stroke and muscular disorders, such as Parkinson’s disease.

In the middle and late stages of Alzheimer’s disease, it can be challenging to ensure patients get consistent, nutritious meals. They may be overwhelmed by food choices or forget to eat, as they think they have already eaten. Additionally, as Alzheimer’s disease progresses, many patients experience dysphagia, or swallowing difficulties, which can contribute to difficulty staying hydrated and getting enough nutrients. An estimated 45% of dementia patients in long-term care facilities have some degree of swallowing difficulty.

Dental problems are a common Alzheimer’s disease complication. Patients may forget the importance of dental hygiene, they may forget to brush their teeth, they may not remember the proper sequencing for brushing their teeth, or they may be resistant to assistance from caregivers. This can ultimately lead to tooth decay, gum disease, and other dental problems. Additionally, poor oral hygiene is known to increase the risk of aspiration pneumonia.

There are many possible Alzheimer’s disease complications—most of which are actually due to the cognitive and functional effects of the disease. Detecting these changes as they occur is essential to the ability to effectively update treatment care plans to ensure patients’ changing needs are always met. Utilizing neurocognitive assessments that assess a breadth of neurocognitive domains can help identify such changes as they arise. Understanding how the disease is progressing and how neurocognitive function is changing can also help caregivers identify patients at risk of falls and serious injury.

Our technology will be utilized to monitor disease progression as well as measure therapeutic response in neurological disease patients. Additionally, our platform will be able to support caretakers and senior living facilities in assessing ADLs and predictively identifying patients at risk of falls to better inform care decisions and enable better, more personalized patient care.