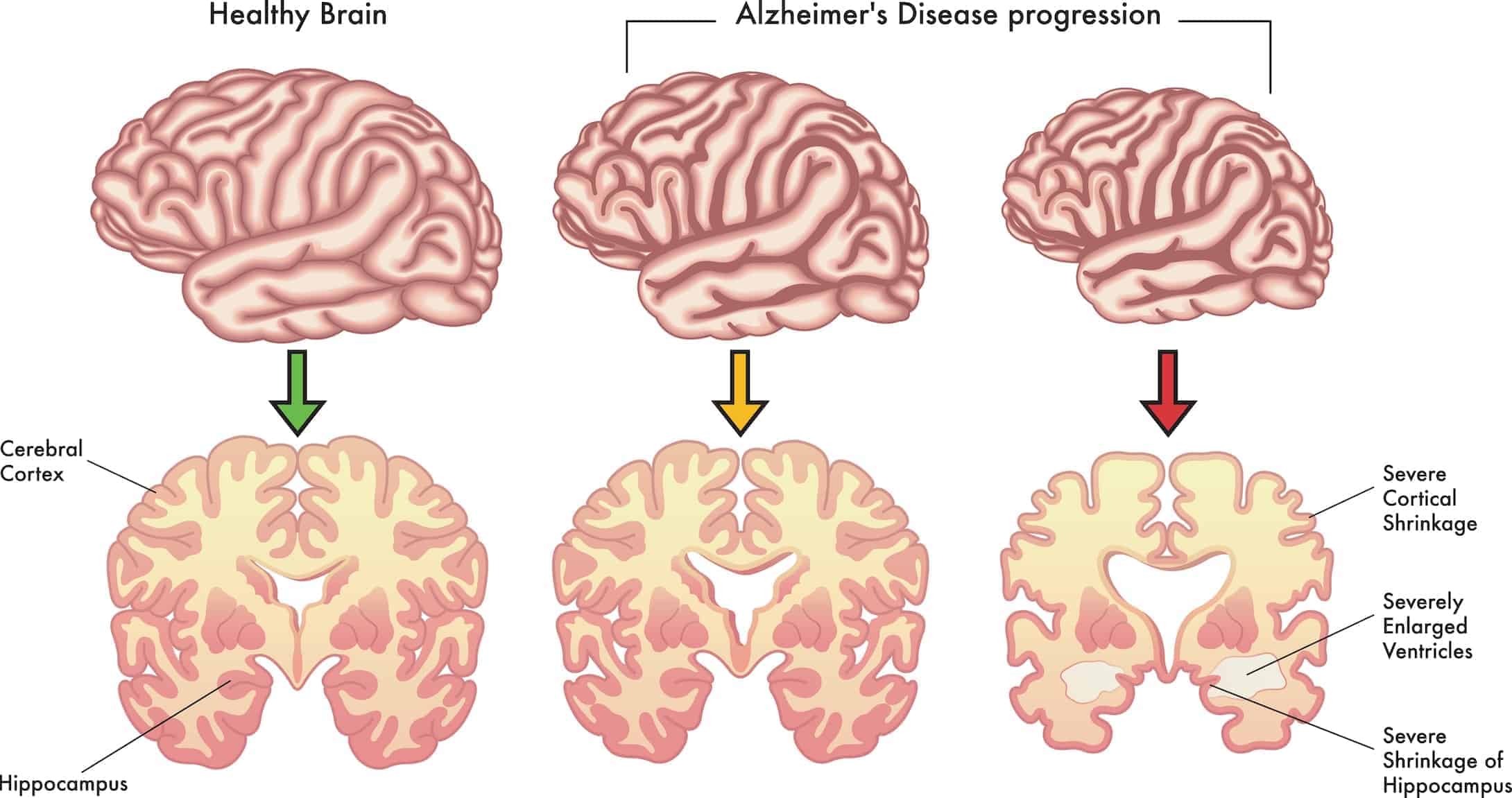 Alzheimer’s disease has increasingly been recognized as a continuum rather than a discrete entity. Recognizing Alzheimer’s disease as a multifaceted process that moves along a seamless continuum will not only pave the way to effective disease-modifying therapies but will also enable a more precise, personalized approach to patient care—particularly in the advanced stages when care needs are changing more rapidly.

In this article, we provide an overview of the stages in the Alzheimer's disease continuum, with a focus on the advanced stages of Alzheimer’s disease and associated care considerations.

The Alzheimer’s Disease Continuum: An Overview

Additionally, the rates at which these changes occur, as seen above, vary throughout the disease course. In the early stages, cognitive changes typically arise gradually, whereas, in the advanced stages of Alzheimer’s disease, the rate of cognitive decline may be greater.

Individuals in the MCI due to Alzheimer’s disease stage typically experience subtle changes to their memory, thinking, and other cognitive abilities. These changes are not severe enough to interfere with their Activities of Daily Living (normal day-to-day activities).

Mild dementia due to Alzheimer’s disease is the third stage in the continuum and is regarded as the middle stage. In this stage, some individuals are still able to live independently and complete their normal daily activities but may experience symptoms such as:

Moderate Dementia Due to Alzheimer’s Disease

Patients with moderate dementia due to Alzheimer’s disease may have difficulty completing Activities of Daily Living, such as eating, bathing, and dressing, and may require assisted living. Cognitive changes become more pronounced and functional changes, such as issues with fine motor coordination and changes in gait, may arise in addition to personality and behavioral changes.

Severe Dementia Due to Alzheimer’s Disease

In the final stage of Alzheimer’s disease, cognitive symptoms become severe, and patients often experience a decline in physical abilities. Symptoms in this stage typically include:

Care Considerations in the Advanced Stages of Alzheimer’s Disease

While it can vary from patient to patient, the rate of cognitive and functional decline is often much greater in the advanced stages of Alzheimer’s disease. Consequently, the ability to complete normal daily activities may decline at a more rapid pace. This is important to understand because patients in the advanced stages of Alzheimer's disease may require more frequent adjustments to their care plan to accommodate their changing needs. They may also be at greater risk of falls and serious injury.

In the advanced stages of Alzheimer’s disease, the role of caregivers is to preserve the quality of life and provide comfort while ensuring the patient’s safety. Intensive, around-the-clock care is typically required.

Focus on things the patient enjoys and beyond all else, treat them with compassion and respect. While they may not be able to hold a conversation or express their needs, caregivers may consider engaging their senses to promote a positive mood. Play some of their favorite music, look at old photo albums together, make them their favorite meal, brush their hair, or take in some sunshine outside together.

To ensure the safety of a late-stage Alzheimer’s patient, it is important to assess fall risk and make changes to the living environment that may reduce the risk of falls. To reduce fall risk, caregivers may consider the following protective considerations:

At Altoida, we are dedicated to providing a reliable, affordable, and highly accurate way to measure and monitor brain health. We are building the world’s-first Precision Neurology platform and app-based medical device—backed by 11 years of clinical validation—to accelerate and improve drug development, neurological disease research, and patient care.

To learn more about the advanced stages of Alzheimer’s disease or about utilizing Altoida’s Precision Neurology platform, contact us today.