The Connection Between Parkinson's Disease and Dopamine 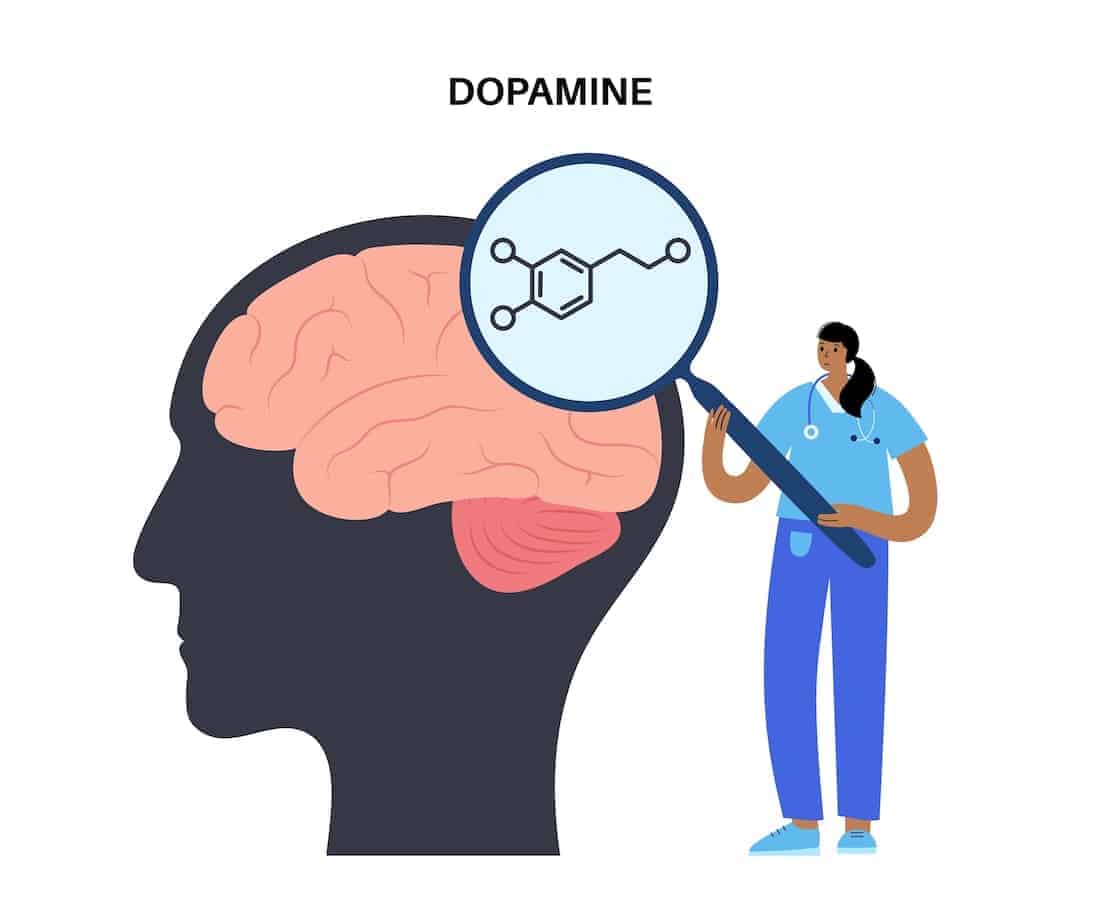 Dopamine has been implicated as a major influencer of many behaviors and physical functions, including love, motivation, reward, pleasure, sleep, addiction, reproductive function, inflammation and pain, and immune function. It also plays a key role in initiating movement in the body.

Because of this, dopamine is largely regarded as a major contributor to Parkinson’s disease, a disease known to cause tremors, bradykinesia (slowed movement), muscle rigidity, and postural instability.

Parkinson’s disease is a progressive neurodegenerative disease that is most commonly known for affecting function and movement, though it also affects cognition, particularly as the disease progresses. Parkinson’s disease primarily impacts dopaminergic, or dopamine-producing, neurons in a specific area of the brain known as the substantia nigra. Dopamine is a key neurotransmitter that transmits signals between neurons and plays a key role in movement and motor control.

The lack of dopamine makes it difficult for the brain to coordinate muscle movements and can also contribute to mood and cognitive issues later in the disease course. Patients with Parkinson’s disease also lose nerve endings that produce norepinephrine, a chemical messenger of the sympathetic nervous system responsible for controlling a wide range of functions in the body, such as blood pressure and heart rate.

Although dopamine has been the primary neurotransmitter of focus—and is so far the most significant—Parkinson’s disease affects several chemical systems in the brain. The lack of dopamine causes several downstream effects on other neurotransmitters, such as Gamma-Aminobutyric Acid (GABA) and glutamate.

How to Boost Dopamine

A large part of Parkinson’s disease treatment revolves around increasing dopamine levels in the brain—whether through dopamine-creating drugs, dopamine agonists, MAO B inhibitors, or lifestyle changes. Certain lifestyle changes can be incorporated to support brain health and promote dopamine production. Here is what experts recommend:

This method, along with our innovative artificial intelligence, will pioneer fully digital predictive neurological disease diagnosis. In 2021, our device received Breakthrough Device designation by the FDA. Altoida's platform has demonstrated the ability to predict conversion from Mild Cognitive Impairment to Alzheimer's disease with a high degree of accuracy

To learn more about Parkinson’s disease and dopamine or about utilizing Altoida’s Precision Neurology platform, contact us today.