Smoking and Dementia: Exploring the Studies 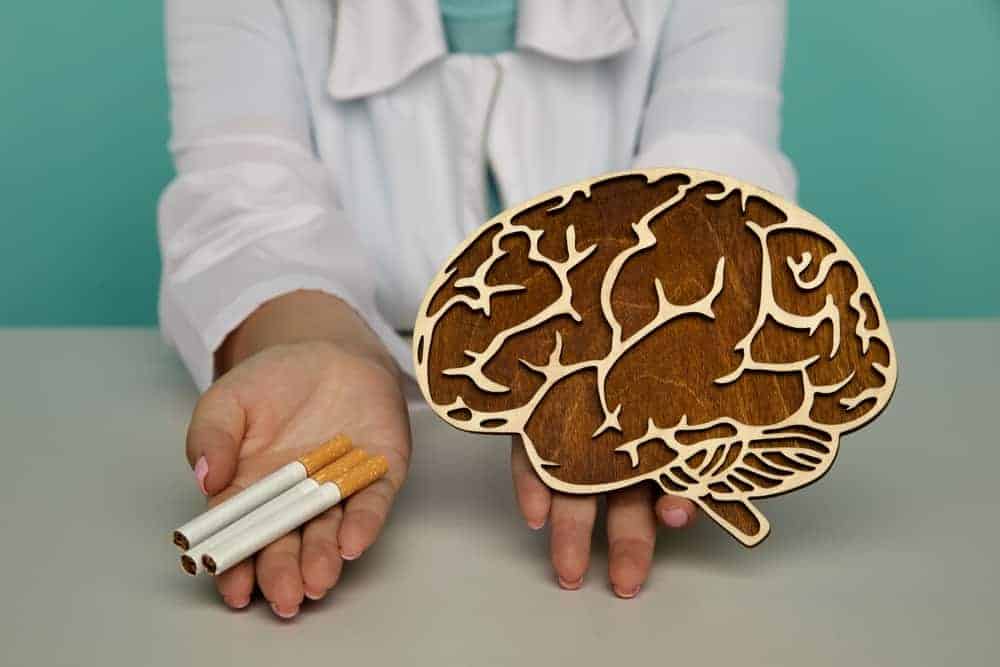 Studies surrounding nicotine and reduced dementia risk and improved learning and memory have sparked interest in many people. However, smoking cigarettes significantly increases the risk of cardiovascular disease—a well-known risk factor for dementia development. In fact, the World Health Organization estimates that as many as 14% of Alzheimer’s disease cases worldwide are potentially attributed to smoking.

While several studies have linked nicotine with improved cognitive function and reduced dementia risk, it seems the harmful effects of cigarette smoking may outweigh the potential beneficial effects of nicotine. According to the 2020 Lancet Commission on dementia prevention, intervention, and care, smoking is the third largest modifiable risk factor for dementia. In later life, smoking was found to be the top modifiable risk factor for dementia.

A growing number of studies have linked smoking to an increased risk of the two most common causes of dementia: Alzheimer’s disease and vascular dementia.

Although the prevalence of cigarette smoking appears to be declining, there are still approximately 1.1 billion smokers around the globe. Understanding the relationship between smoking, cognitive decline, and dementia risk and raising awareness will be important for reducing the prevalence of smoking and, consequently, the incidence of dementia.

A meta-analysis of prospective studies (with at least 12 months of follow-up) found that current smokers at baseline, relative to never-smokers, had a risk ratio of 1.79 for Alzheimer’s disease, 1.78 for vascular dementia, and 1.27 for all-cause dementia.

The association between smoking and dementia risk is believed to be due in part to the link between smoking and the cardiovascular system. Because smoking increases the risk of stroke, cerebrovascular and cardiovascular disease, silent infarction, and atherosclerosis as well as increased oxidative stress and inflammation, smoking may impact the development of dementias such as vascular dementia and Alzheimer’s disease.

Although there are minimal studies analyzing the effects of exposure to secondhand smoke on dementia risk, preliminary studies are giving us some clues. One study found that moderate and high secondhand smoke exposure levels were not independently associated with dementia risk, where moderate exposure was defined as 16-25 years and high exposure was defined as greater than 25 years. However, they did find that those with high exposure and greater than 25% carotid artery stenosis had a 3-fold increase in dementia risk compared to those with no or low exposure (0-15 years).

A cross-sectional analysis of a national population-based study found that exposure to secondhand smoke may be associated with increased odds of cognitive impairment, with those with higher cotinine concentrations being at a higher risk of cognitive impairment compared to those with lower cotinine concentrations. Together, these studies suggest a possible dose-response risk, though further research is needed to confirm this relationship.

While a large body of research indicates that smoking increases dementia risk, these studies don’t come without limitations. Limitations of current research include the following:

Although many of these limitations are difficult to eliminate, there are ways to improve clinical research in this space by utilizing newer neuropsychological assessment tools that assess a greater breadth of neurocognitive domains, offer high accuracy and reliability, and produce more granular data. Oftentimes, this can be accomplished by utilizing digital endpoints. Digital endpoints have the potential to offer previously inaccessible precision and accuracy and provide new, previously unattainable insights about the relationship between smoking and dementia.