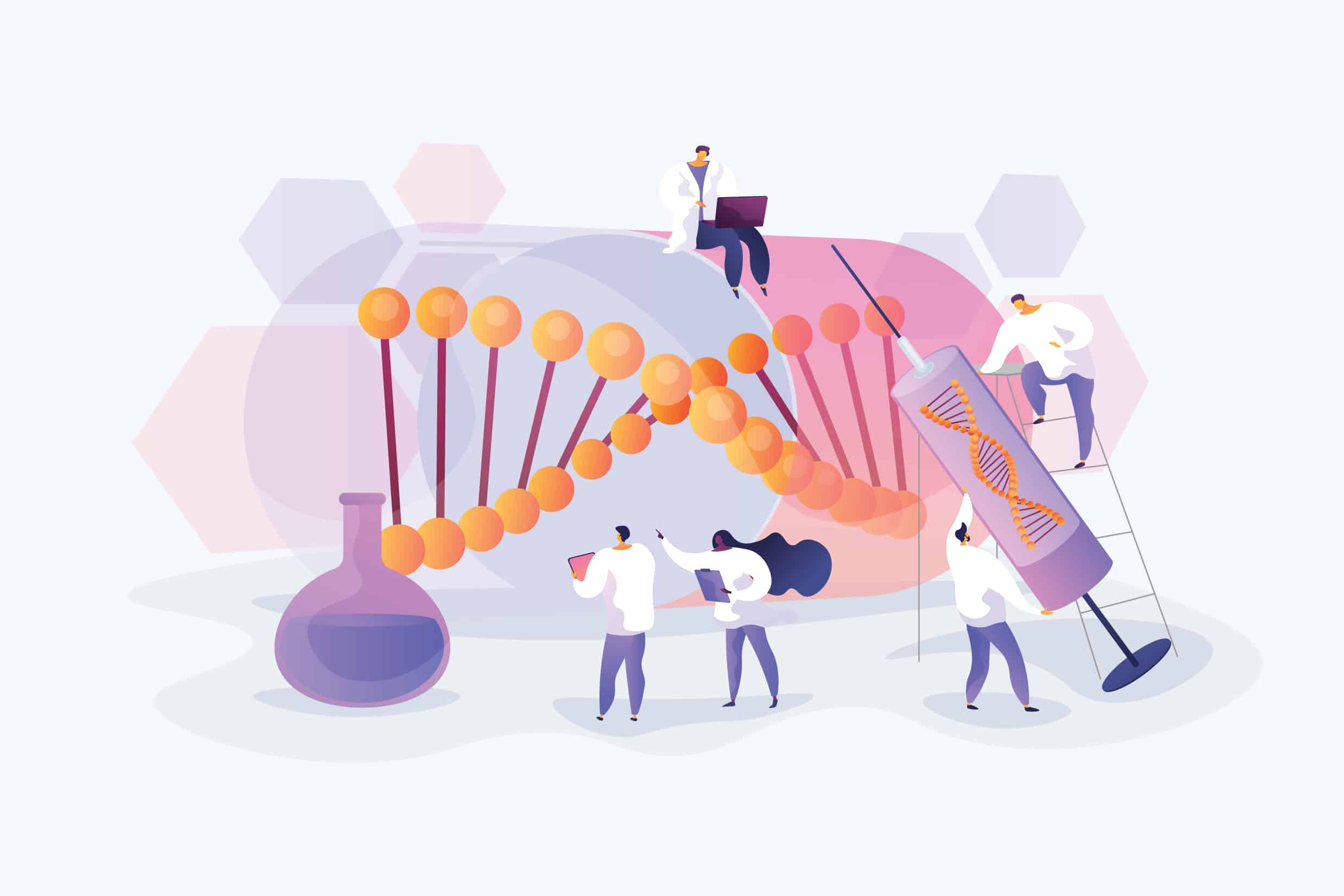 Gene therapy represents a promising area of research for neurodegenerative diseases, like Alzheimer’s and Parkinson’s disease. One of the biggest challenges of drug delivery for Alzheimer’s is the blood-brain barrier (BBB), as it prevents large molecules from reaching the brain. Gene therapy for Alzheimer’s disease is unique in that it can essentially circumvent the BBB by delivering genes directly via delivery systems, like viral vectors. Additionally, due to the persistent nature of gene expression, only a single administration of the therapy is theoretically required.

Over the years, several targets for genetic therapies have been researched and assessed in pre-clinical trials. These targets include but are not limited to the following:

Below, we take a closer look into clinical research surrounding BDNF and APOE2.

BDNF, also known as abrineurin, is a protein that is encoded by the BDNF gene and is found in the central nervous system. This protein is part of a family of growth factors and is responsible for promoting the survival of neurons via its role in the growth, differentiation, and maintenance of new neurons and synapses.

BDNF is produced in the entorhinal cortex, an important region of the brain for memory that is typically affected by Alzheimer’s early in the disease continuum. In individuals with Alzheimer’s disease, the levels of BDNF are reduced.

Animal studies, including those involving aged rats, aged monkeys, and amyloid mice, found that delivering BDNF to the entorhinal cortex and hippocampus via a modified viral vector, adeno-associated virus (AAV2), was a promising approach. When compared to non-treated animals, the animals treated with this approach showed notable improvement in learning and memory assessments, while the brains of treated animals showed restored BDNF gene expression and activation of function in neurons that would have otherwise degenerated.

Following promising animal studies, in 2021, researchers at the University of California San Diego School of Medicine launched a first-in-human Phase I clinical trial to investigate the safety and potential therapeutic benefits of the AAV2-BDNF gene therapy for Alzheimer’s disease.

Genetic variants on the APOE gene on chromosome 19 are known to increase the risk of developing Alzheimer’s. APOE comes in several forms, or alleles: APOE2, APOE3, and APOE4. Individuals inherit two APOE alleles—one from each biological parent.

Because of the significant risk associated with carrying two copies of APOE4, researchers began investigating the potential of treating APOE4 homozygotes (with Mild Cognitive Impairment [MCI], mild dementia, and moderate dementia due to Alzheimer’s) via intrathecal administration of AAVrh.10hAPOE2 (serotype rh.10 adeno-associated virus gene transfer vector expressing cDNA coding for human APOE2) directly to the central nervous system/cerebrospinal fluid. The goal of this approach is to increase the expression of APOE2 and overcome the harmful effects of APOE4.

It is clear that gene therapy for Alzheimer’s disease is a promising area of clinical research, and advancements in neurosurgical techniques now enable reliable delivery of therapeutic vectors with real-time verification—yet several issues, such as the following, are hindering the ability to bring therapies to market quickly and help Alzheimer’s disease patients: