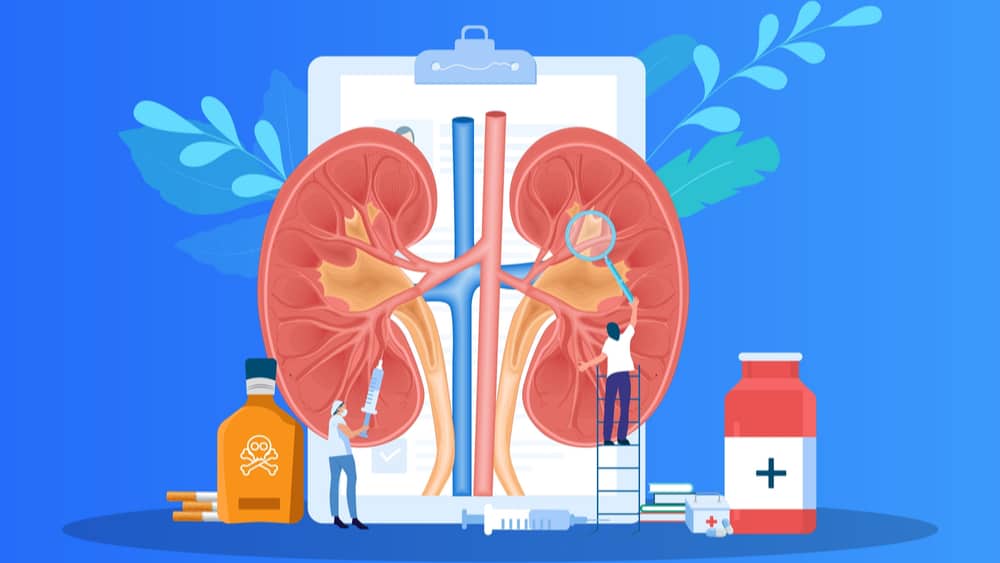 Below, we take a deep dive into this study, discussing how it compares to previous research surrounding kidney disease and dementia risk and how to address the limitations of current research.

According to a five-year study of a health care use cohort published in Neurology in May of 2021, both lower kidney function and steeper kidney function decline are associated with the development of dementia in older adults (≥65 years of age).

Because community-based reports surrounding the link between the estimated glomerular filtration rate (eGFR) and dementia risk have shown conflicting results, this study aimed to investigate on a large scale the connections between kidney function, kidney function decline, and dementia incidence.

eGFR is commonly used in clinical practice to assess kidney function, as this calculation can indicate how well the kidneys are filtering out specific agents produced by the body, such as creatinine and cystatin C.

The study utilized data from the Stockholm Creatinine Measurements (SCREAM) project, which included data from all residents receiving serum creatinine tests between the years 2006 and 2011. This enabled the researchers to analyze more than 90% of the total census population of individuals aged 65 and over (329,822 individuals). Exclusion criteria included any recorded history of dementia, missing information regarding age or sex, and undergoing kidney replacement therapy at cohort entry.

The primary findings of this study were as follows:

Previous studies investigating kidney disease and dementia risk have had mixed findings, with some aligning with the results in the above study and others demonstrating conflicting findings.

For example, a Japanese study published in 2018 that analyzed 1,562 participants ≥60 years of age also observed a higher dementia risk in individuals with eGFR <60 mL/min. On the other hand, studies such as this French population-based Three-City study did not show increased dementia risks for individuals with eGFR <60 mL/min. However, these studies did find that the stratum of eGFR of 45 to 60 mL/min was associated with an increased incidence of vascular dementia.